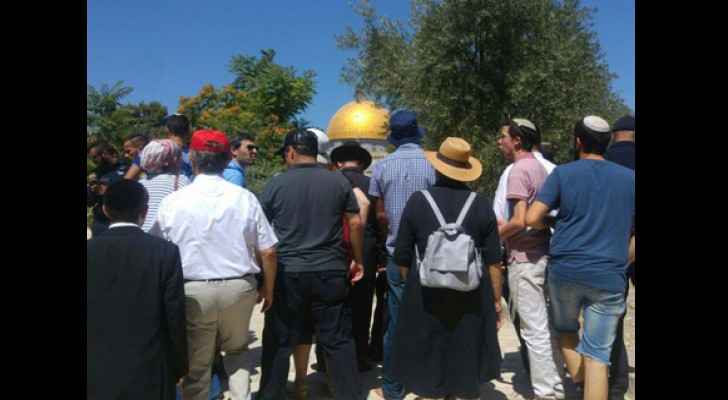 “The number of extremists who stormed Al-Aqsa today stands at a record number that has not been recorded since the beginning of the Israeli occupation in 1967,” said Safadi at an emergency meeting of the Organization of Islamic Cooperation.

Right-wing groups also gathered on Tisha B'av and led a mass march around the walls of the Old City.

Safadi was adamant that this invasive visit could only lead to more violence and riots.

“The crisis is over but further and more dangerous crises will break out as a result of Israel’s continued provocation, if Israel will not uproot the source of the tension, if the occupation will not end and if East Jerusalem will not become the capital of an independent Palestine.”

Tisha B'Av is an annual celebration which commemorates the destruction of the two Holy Temples by the Babylonian and Roman empires in 586 BCE and 70 CE, respectively.

Jews mark the occasion by fasting, in addition to other traditions, for a 25-hour period of mourning, as well as praying at the Western Wall.

However, Rabbi Yitzhak Yosef, the Sephardi Chief Rabbi of Israel, made an interesting remark:

After two weeks of bloody confrontations between Palestinians protesting the closure, Israel reopened the compound on Friday night.