Dubai’s Creek Tower is pencilled in for a 2021 completion date. 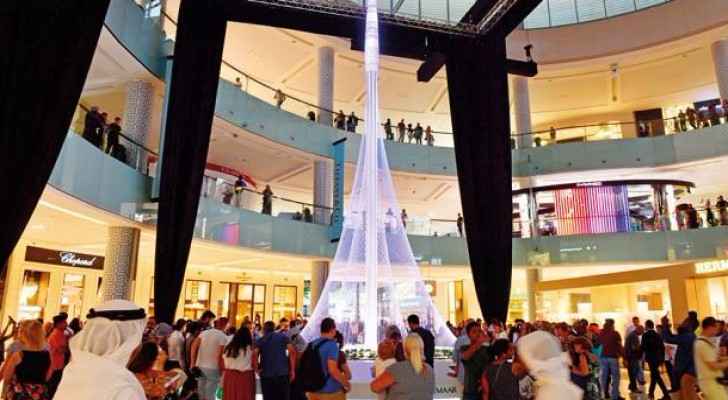 Burj Khalifa is getting an older, taller brother.

The world’s current tallest building, standing at 830m high, will soon be overshadowed by the Dubai Creek Tower, set to be a record 928m tall.

A huge 3D replica of the upcoming tower was unveiled by Dubai’s ruler, Sheikh Mohammed bin Rashid, at a special ceremony at Dubai Mall on Monday. 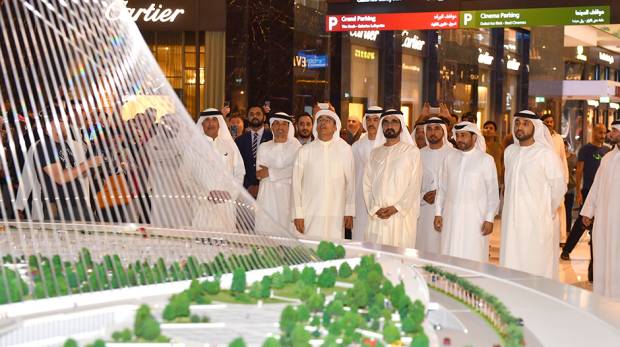 The impressive replica took 4,000 hours to build. It is made of aluminum and 3D-printed cladding elements and weighs 3,000kg.

Meanwhile, the real-life tower will feature “679 million square metres of residential space, an additional 851,000 sq metres of commercial property, 22 hotels with 4,400 rooms and 11.16 million sq metres of retail,” according to The National.

Visitors at Dubai Mall can check out the replica for themselves at the Grand Atrium and learn more about the avant-garde building.

Beautifully-designed, the tower design is inspired by the delicate lily flower and evokes the image of a minaret.

It also has an elongated oval-shaped bud, which will be equivalent to an 80-storey building, offering mesmerizing panoramic views of the city. 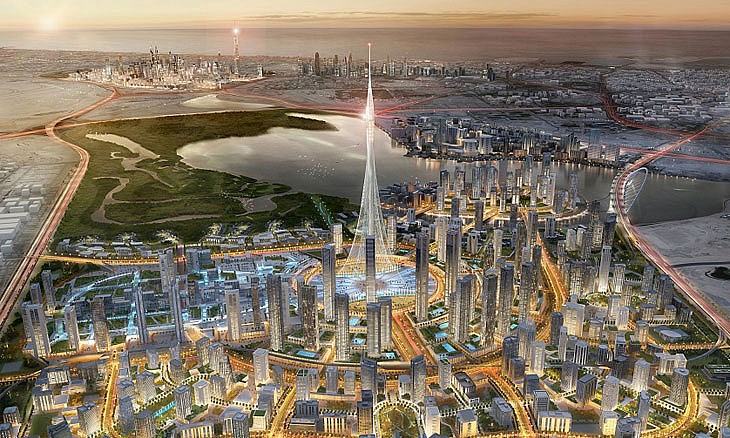 With that being said, Saudi Arabia is also competing to build the world’s tallest tower.

The “Jeddah Tower” is currently being constructed in the coastal city, with a 2019 completion deadline.

Dubai’s Creek Tower is pencilled in for a 2021 completion date.

Should Jeddah beat Dubai to the punch, the Jeddah Tower will become the world’s tallest tower at a staggering height of 1Km.