Amid Al Jafer unrest, US Embassy issues warning against traveling to southern Jordan

One of the tourist camps at Wadi Rum. 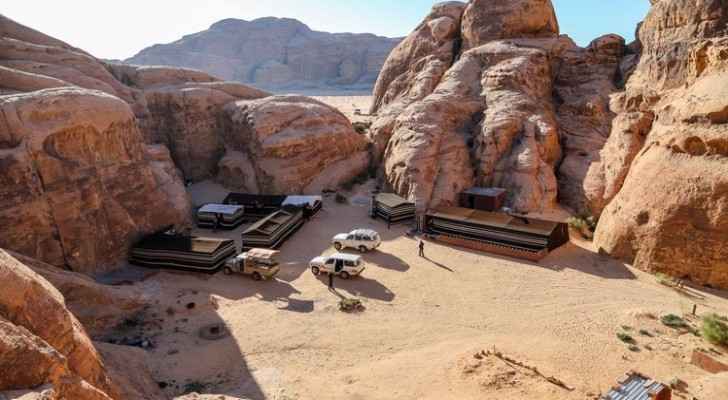 Due to reported unrest and the potential for criminal activities, the US Embassy has placed several areas of southern Jordan off limits for personal and official travel for all US Embassy personnel until August 6, 2017.

The Embassy also recommended that private US citizens take into consideration these restrictions and the additional guidance contained in the Department of State’s “Travel Warning for Jordan.”

Jordan’s Al Jafer area has been particularly unstable since Jordanian soldier Ma’arik al-Tawayha was sentenced to life in prison for the murder of three US Special Forces instructors at the King Faisal Airbase in Jafer, Ma’an.

Tawayha’s tribe, Al Huwaitat, one of the largest tribes in southern Jordan, set off on several protests after the military court delivered its verdict in his case.

Meanwhile, Wadi Rum’s residents have insisted that “the area is safe for guests and unaffected by tribal protests over the Jafer case,” after the Ministry of Tourism issued instructions asking tour operators not to take tourists to Wadi Rum.

One Wadi Rum local, Abu Mohammad, described the ministry’s decision as “unnecessary”, saying that “the locals are bedouins, one of whose main values is protecting guests, including tourists”.

“This week I was supposed to host two tourist groups at my camp. However, they were sent to Aqaba and Petra because of the decision,” Abu Mohammad said.

Nasser Zawaydeh, Wadi Rum region director, said that the ministry’s decision is “unfair,” as tourism is the locals’ main source of income.

He also pointed out that, even during the “worst” times of the “Arab Spring” in 2011, no tourists were hurt.

Malawi to be first country to open an embassy in Occupied ....

Malawi to be first country to open an embassy in ....

Malawi to be first country to open an embassy ....

Malawi to be first country to open an ....