17-year-old Mohammad Al Jawawda, who was killed after allegedly attacking an Israeli security guard at the Israeli Embassy in Amman 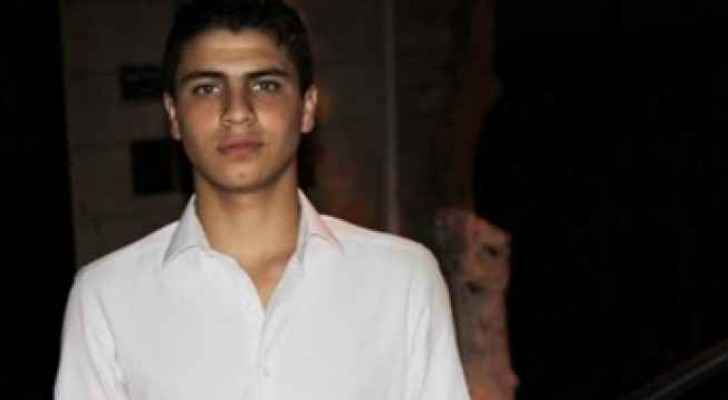 King Abdullah II’s deputy and head of the Royal Hashemite Court, Fayez Al Tarawneh, offered his condolences on Wednesday on behalf of the Jordanian King to the family of Mohammad Zakaria Al Jawawda, the young man killed by an Israeli guard on Sunday after allegedly stabbing him with a screwdriver at a residential building used by the Israeli Embassy.

Al Tarawneh paid his condolences at the funeral of the 17-year-old, while accompanied by several government officials, adding that his Majesty was interested in the incident that left two Jordanians dead on Sunday night and that he had instructed the government to follow up on it.

Al Tarawneh also stressed that Jordan considers what had happened to be a crime, and that the incident was not part of any deals regarding Al Aqsa Mosque, in light of the recent Palestinian-Israeli tensions surrounding it.

Meanwhile in the Parliament, MP Khalil Atiyyeh demanded the release of the initial findings of the investigation of the incident at the Israeli Embassy.

“How do Jordanian authorities justify the release of the Israeli murderer who killed Jordanian citizens. Why was he allowed to leave? What was the government’s reaction to the phone call the Israeli Prime Minister had with the killer, in which he congratulated the latter for the ‘success of the mission’?” Attiyeh asked Prime Minister Hani Al Mulki in a parliamentary session on Wednesday.

The MP questioned why the Jordanian Ambassador to Israel and his staff have not been recalled.

He also asked about the fate of the detained Jordanian driver, who was a witness to the incident, questioning whether or not he was currently being held by Jordanian authorities or by the security staff of the Israeli Embassy.

Attiyeh concluded his questioning by criticizing the investigations, which he felt were rushed.

17 Palestinians detained in the West Bank and Jerusalem’s ....

17 Palestinians detained in the West Bank and ....

17 Palestinians detained in the West Bank and ....

17 Palestinians detained in the West ....