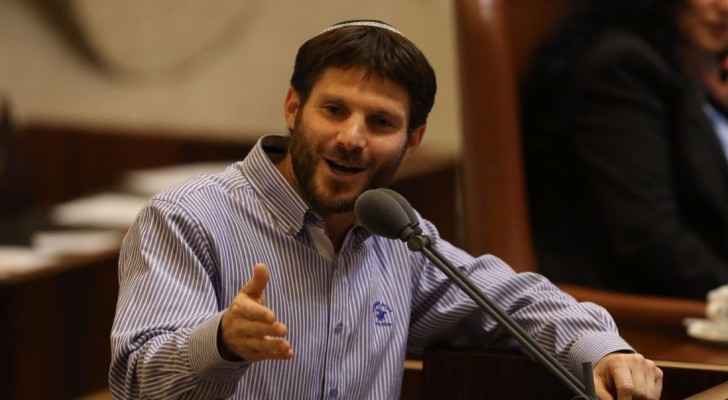 As tensions surrounding Al Aqsa crisis continue to escalate in Jerusalem, extremist Jewish MK from the Jewish Home Party, Bezalel Smotrich, said that the best Zionist response to Palestinians’ retaliation is to build a synagogue inside Al Aqsa Mosque’s courtyard, according to Al-Resalah newspaper.

Smotrich believes that Palestinians need to “pay a high price for their actions,” and that a synagogue must be built “on the Temple Mount today, this morning” in response to the killing of three Israeli settlers on the settlement of Halamish.

“The Zionist response would largely be to make the other side understand and feel that they have lost. They must understand that they gain nothing from terrorism. They are the only ones who will lose, and this will happen on three levels,” Smotrich told Arutz Sheva.

Around 1,090 Palestinians have been injured by Israeli occupation forces in the last ten days, according to a statement released by the Palestinian Red Crescent Society (PRCS) on Monday.

The injuries were a result of the Israeli occupation's response to a campaign of civil disobedience launched by Palestinians in occupied East Jerusalem in protest of increased Israeli security measures at the Al-Aqsa Mosque compound, the Ma'an News Agency quoted the PRCS as saying.

On Monday evening, a Palestinian was shot in the head during clashes in the Jerusalem-area town of Hizma, Ma'an reported, adding that the Palestinian Ministry of Health has said he is in critical condition.

Statistics from the PRCS showed that 29 Palestinians were injured, some seriously, with live bullets; 374 were injured with rubber-coated steel bullets; 471 suffered from tear gas inhalation, with 34 hospitalised; while 216 Palestinians were “physically assaulted, burned and run over” during clashes with Israeli forces.