The metal detectors will be replaced with sophisticated security cameras. 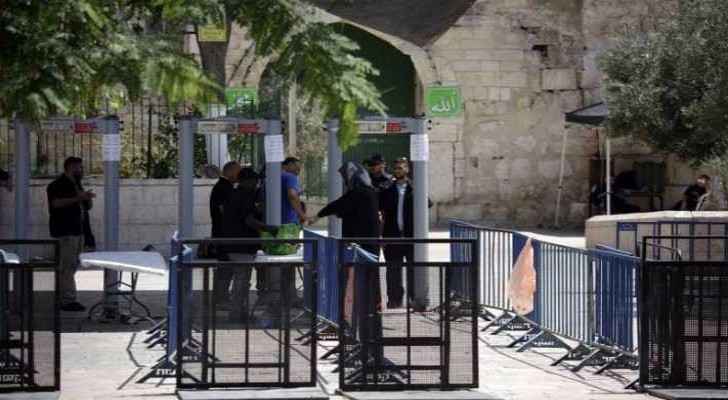 Israeli officials have decided on Monday to remove the metal detectors placed outside the Al Aqsa compound, following days of violent confrontations with Palestinians in Jerusalem.

The metal detectors will be replaced with sophisticated security cameras.

A statement released by the Israeli cabinet said that other forms of inspection will also be imposed on Palestinian worshippers.

This reportedly comes after Jordan and Israel came to an agreement on Al Aqsa crisis, after the Hashemite Kingdom agreed to allow an Israeli guard, who killed two Jordanians at the Israeli Embassy in Amman on Sunday, to return home on Monday.

Violence escalated after mass protests took place on Friday. Four Palestinians were killed during confrontations with Israeli security forces, while a Palestinian stabbed three Israeli settlers to death in their home in the West Bank, citing the the issues around the al-Aqsa mosque as his motive