The 13-year-old child, famous for his online activism for Jerusalem and the Palestine case. 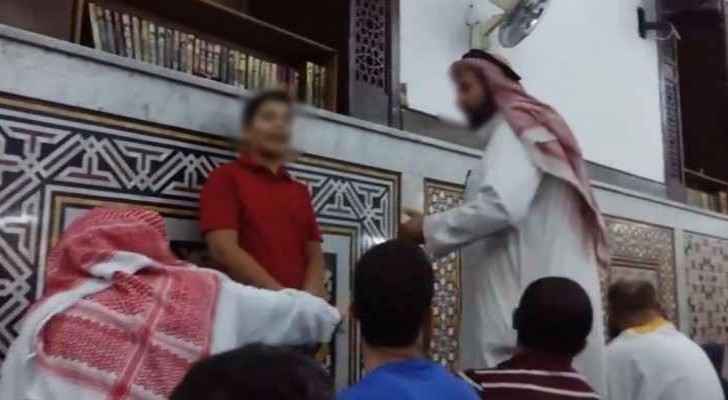 A Jordanian child was called in for an investigation after calling for the liberation of Palestine in a speech he made at a mosque in Amman on Sunday evening, a security source has said.

The child was interrogated upon the request of Amman’s Mayor, Saad Shehab, before making bail on Sunday.

The activist child will meet with the Administrative Governor on Monday, who will decide whether the child should be taken to court or not.

The child’s mosque speech calling for the liberating Al Aqsa Mosque caught Jordanian authorities’ attention after social media users shared a video of him in action on Sunday.

The 13-year-old child, famous for his online activism for Jerusalem and the Palestine case, has thousands of Facebook followers who admire his bravery and enthusiasm.

Meanwhile in Jerusalem, civil disobedience demonstrations continued outside the Al Aqsa compound amid violent confrontations with Israeli occupation forces, one week after Palestinians started praying outside the holy site in protest of Israeli security measures.

On Sunday, Palestinians further reiterated their rejection of all forms of Israeli security inspections at the Al Aqsa compound, as clashes broke out in occupied East Jerusalem and the West Bank.

Pope Francis also expressed his deep concern on Sunday regarding the increasing tensions in Jerusalem and called for dialogue and moderation to help restore peace, according to Reuters.

“I am following with trepidation the grave tension and violence of recent days in Jerusalem. I feel the need to express a heartfelt call for moderation and dialogue,” said the Pope to the faithful in St. Peter’s Square.
He urged the masses to pray for reconciliation and peace in Jerusalem.