Cholera cases in Yemen could double by end of year: ICRC 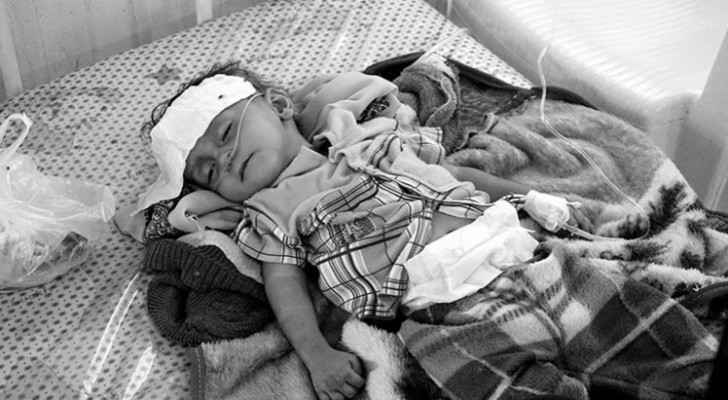 The number of cholera cases is expected to at least double by the end of 2017, reaching of 60,000, according to the International Committee of the Red Cross (ICRC).

According to ICRC President Peter Maurer, the cholera outbreak is growing at an alarming rate and may be contracted by one in 45 Yemenis by year’s end.

"The great tragedy is that this cholera outbreak is a preventable, man-made humanitarian catastrophe. It is a direct consequence of a conflict that has devastated civilian infrastructure and brought the whole health system to its knees," said ICRC President Peter Maurer.

"I find this needless suffering absolutely infuriating. The world is sleep-walking into yet more tragedy."

According to the UN’s World Health Organization, 368,207 suspected cholera cases and 1,828 deaths have been reported in Yemen from April 27 to July 19.

Maurer arrived in Yemen on Sunday for a five-day trip that will take him to Aden, Taiz and Sana’a, where he will discuss the humanitarian situation with communities and officials on all sides of the conflict.

International rights groups have accused the Saudi-led coalition of bombing civilian gatherings, markets, hospitals, and residential areas across Yemen since the beginning of its campaign in support of President Abdrabbuh Mansour Hadi in 2015.

Maurer urges both sides of the conflict to work on improving the humanitarian situation for civilians in Yemen.

"Further deaths can be prevented, but warring parties must ease restrictions and allow the import of medicines, food and essential supplies and they must show restraint in the way they conduct warfare," he said.

Yemen: Cholera could hit one million by the end of the ....

Yemen: Cholera could hit one million by the end ....

Yemen: Cholera could hit one million by the end ....

Yemen: Cholera could hit one million by ....