Mashrou' Leila Claps Back Against Islamophobia 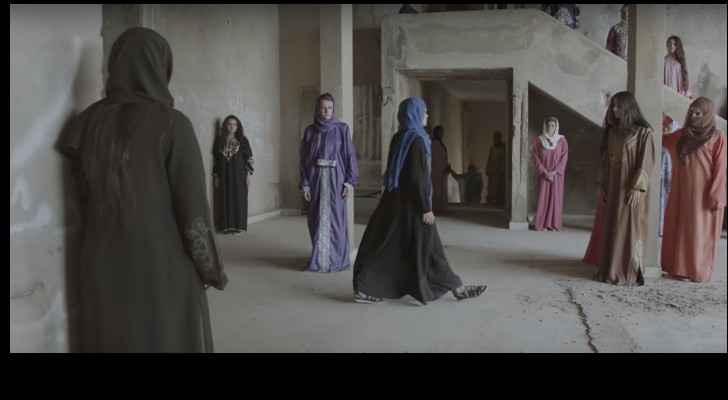 Many songs belong to the school of “it’ll grow on you after a few listens.” Mashrou’ Leila’s new single, Roman, sets a new standard within that school; once you listen to it a few times, it grows on you with a vengeance.

Calling it a “new” single may be slightly inaccurate, considering the Lebanese band has been performing live variations of it for years. The song has become kind of a cult favourite for fans, but one they thought would never properly see the light of day in a studio version.

Always ones to subvert expectations, Mashrou’ Leila dropped the single, with an accompanying music video, on July 18th, three days before the scheduled release of the Deluxe Edition of their last album, Ibn El Leil.

Ibn El Leil is known for being their most intricately contextualised album (to date), touching on topics like gun violence, mental illness and sex and sexuality, and masterfully weaves mythology and linguistics into them. It is also known for the album that got Mashrou’ Leila banned from performing in Jordan not once, but twice, after accusations of Satan-worship and insults to Islam.

In their response to the second banning incident and to the backlash they received from certain parts of the Muslim community in Jordan, the band said in a statement:

“On a more personal note, over the last 3 years of playing in Europe and the Americas, we have repeatedly leveraged our position in the public eye to be particularly vocal about defending the Arab and Islamic community in the face of US and European aggression, misrepresentation, and stereotyping.”

With the music video for Roman, the band has put their money where their mouth is, spectacularly. Merging ideas of religion and class with feminism, they pull off a beautiful display of intersectionality, taking the backseat (literally) and focusing instead on the entirely Arab and mainly Muslim-presenting female cast.

Intersectionality, and specifically intersectional feminism, is the acknowledgment of factors such as religion, race, and class as they are connected with gender. It is a holistic view of feminism, because it acknowledges the many outside factors that affect gender equality within society, aside from actual gender. It is also a necessary one, especially within emerging patterns of Arab feminists (purposefully) ignoring poor women and women of colour when discussing women’s rights in the region.

Mashrou’ Leila have discussed this before, with frontman Hamed Sinno using most interviews as an opportunity to bring up intersectionality.

Roman’s music video, directed by Jessy Mousallem, features Dorine Aguillar as a veiled dancer. She dances almost angrily, lending credence to the lyrical pivot in the chorus, in which Sinno repeatedly chants a battle cry; charge!

This is a battle against the Western perception of Muslim women, a perception which paints them as faceless oppressed victims. It is a powerful approach, re-appropriating Muslim symbols and coupling them with not only individual identity, but stubborn defiance. It is a depiction of these women not as helpless blobs in the background, but stubborn individuals with their own stories, their own intricacies, their own agency.

The male band members feature very briefly, and “the video purposefully attempts to revert the position of the (male) musicians as the heroes of the narrative [...] by subjecting them to the (female) gaze of the director.”

Roman is the only new single on the Deluxe Edition, which is quite disappointing to the fans who were eager for new material. However, the fact that Mashrou’ Leila did not allow backlash they receive from some parts of the Muslim community (especially in Jordan) to steer them away from their self-proclaimed mission to fight stereotypes about Arabs, Muslims, and women, is heartwarming and an extreme relief.

That they can do it and produce brilliant content simultaneously, that’s just a plus.