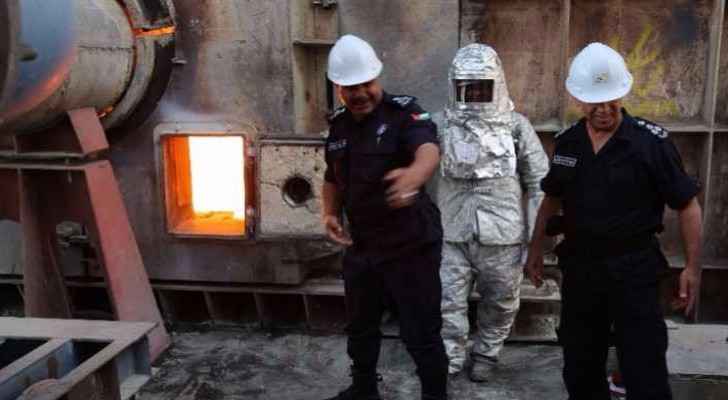 Large quantities of narcotics, seized from 97 cases, have been destroyed by the Department of Drug Control in the Directorate of Public Security.

Assistant Director of Public Security for the Judiciary Brigadier Fawaz al-Maaytah said that the strategy of the Public Security Directorate in the fight against drugs is based on three axes of operational, preventive and therapeutic measures.

The process of destroying the drugs is carried out in the factory furnaces and the high heat strips the products of the drug properties. Highly sensitive filters prevent the exit any fumed that pollute the environment or harm workers or security officers present at the site.