Idil Eser, the director of Amnesty International’s Turkey branch, is the group's second top level official to be detained in a month. (Photo courtesy 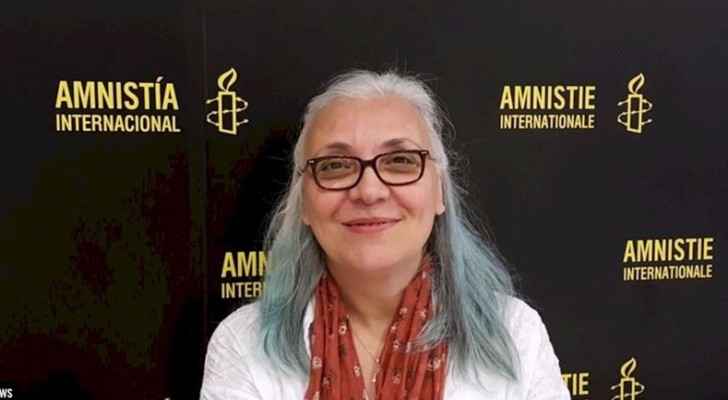 Six activists, including the director of Amnesty International in Turkey, were arrested by a court order on Tuesday for "helping an armed terrorist organisation", according to the state-run Anadolu Agency news outlet.

The remanding of six human rights defenders in pre-trial custody is "an appalling affront to justice and a new low in Turkey’s post-coup crackdown", said Amnesty International.

“Today we have learnt that standing up for human rights has become a crime in Turkey. This is a moment of truth, for Turkey and for the international community," said Salil Shetty, Secretary General of Amnesty International.

"Leaders around the world must stop biting their tongues and acting as if they can continue business as usual. They must bring pressure to bear on Turkish authorities to drop these spurious charges and to immediately and unconditionally release the rights defenders.”

The six were among 10 who were detained in Istanbul earlier in July during a workshop on Buyukada, an island near the city. They include İdil Eser (Amnesty International), Günal Kurşun (Human Rights Agenda Association), Özlem Dalkıran (Citizens’ Assembly), Veli Acu (Human Rights Agenda Association) Ali Gharavi (IT strategy consultant) and Peter Steudtner (non-violence and wellbeing trainer).

The activists had been questioned by the prosecutor since they were taken into custody on July 5.

Turkish President Recep Tayyip Erdogan has accused the activists of harbouring similar intentions to the perpetrators of a failed coup attempt last year, however Amnesty International has refuted the claim.