resident Donald Trump meets with the Emir of Qatar during their bilateral meeting, Sunday, May 21, 2017, at the Ritz-Carlton Hotel in Riyadh, Saudi Ar 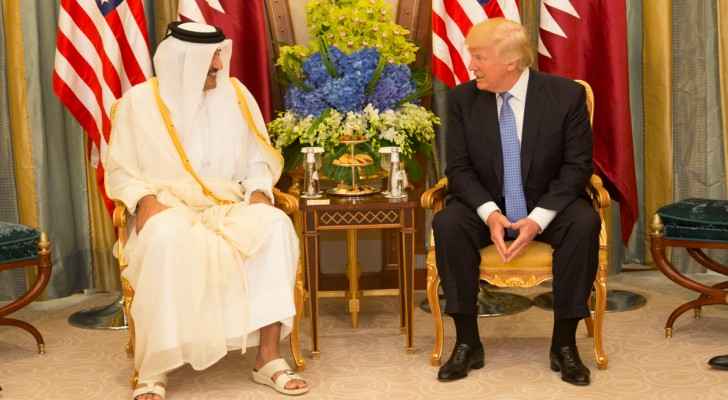 The incident sparked the diplomatic fallout between Qatar and several of its neighbours, which saw Saudi Arabia, United Arab Emirates, Bahrain and Egypt, cut ties with the oil rich nation on June 5.

According to the Washington Post’s report, US agencies confirmed that on 23 May, senior members of the UAE government discussed the plan and its implementation. This included posting false reports that the emir, among other things, had called Iran an “Islamic power” and praised Hamas.

The hacks were carried out the next day, shortly after President Trump’s counter terrorism summit with Gulf leaders in Saudi Arabia. In reference to the emir’s comments, the Saudis, the UAE, Bahrain and Egypt immediately banned all Qatari media and declared a trade and diplomatic boycott with the nation, sparking regional upheaval.

Yousef al-Otaiba, the UAE ambassador to the US has denied the Washington Post’s report: “The UAE had no role whatsoever in the alleged hacking described in the article … What is true is Qatar’s behavior. Funding, supporting, and enabling extremists from the Taliban to Hamas and Qaddafi. Inciting violence, encouraging radicalization, and undermining the stability of its neighbors.”

The Washington Post notes that these latest revelations come as emails, allegedly hacked from Otaiba’s private account, have circulated to journalists over the past several months.

That hack, claimed by an apparently pro-Qatari organization calling itself GlobalLeaks, exposes many emails highlighting the UAE’s intent to rally Washington thinkers and policymakers to its side on the issues at the center of its dispute with Qatar.