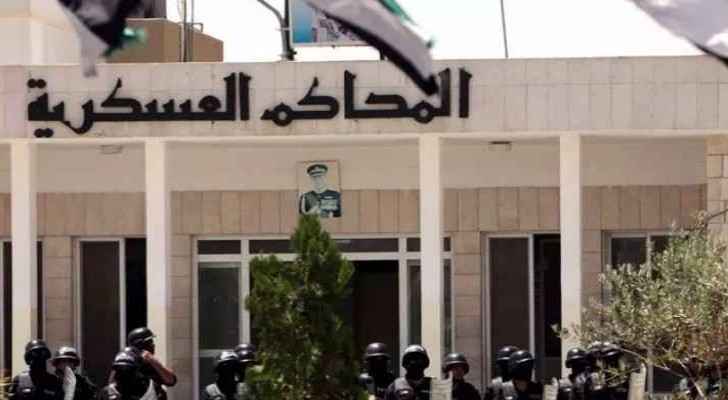 A military court on Monday will finally deliver a verdict in the case of a Jordanian soldier accused of murdering three US Special Forces instructors as they drove towards the entrance to the King Faisal Airbase in Jafer, Maan on November 4, 2016.

The court will hold a public hearing under the chairmanship of military judge Col. Mohammed Al Afif, alongside military judges Lt. Col. Abdullah Al Fawaz and Maj. Safwan Al Zu'bi, and in the presence of the representative of the Public Prosecutor, military judge Maj. Awad Al Dajja, as well as Subhi Al Mawas, the defence attorney for the accused.

Meanwhile, the military prosecution has demanded that the soldier be also charged with insulting the dignity and reputation of the Jordanian Armed Forces and violating military orders.

They further demanded that he is dismissed from his position and forced to pay for the 63 bullets used in the shooting incident.

The soldier is accused of murder, in violation of article 327 of the Penal Code. If found guilty, the soldier, 39, faces a punishment of lifetime penal labor.

Image of 'Ukrainian soldier crying' is ....