Merchants are being fined by Israeli police. 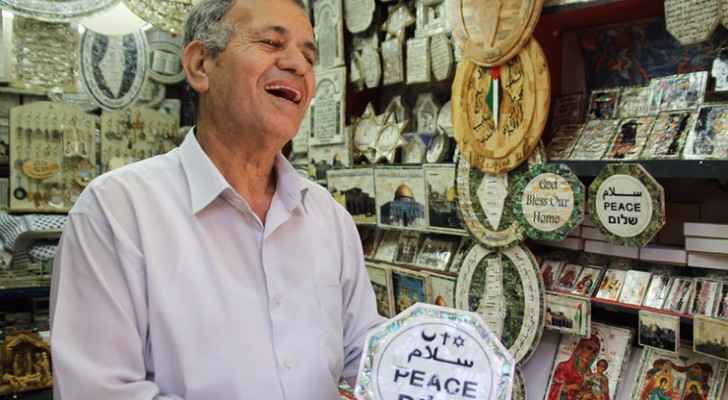 Israeli police on Saturday reportedly threatened to fine merchants who open up shop in the Old City of Jerusalem, according to Quds Press.

Merchant Tareq al-Amouri told Quds Press that Jerusalem has not experienced sure a dire situation in years. According to Amouri, the extensive checkpoints means it takes him an hour and a half to get to work, despite the short distance between his home and shop.

He reported that when he approached Bab al-Amud checkpoint, the Israeli police did not allow him to pass.
Amouri added that merchants who opened their shops on Saturday were threatened by the Israeli police with a fine of 5,000 shekels (1,400 dollars) if they did not immediately close their shops.

Amouri reported that no one is currently allowed to enter the Old City except its residents after being subjected to “humiliating” physical searches.

Rights groups have routinely criticised the Israeli government for its response to attacks, saying that severe security measures amount to collective punishment and a violation of international law.

In June, Israeli authorities faced harsh condemnation after enforcing severe security measures in the wake of a deadly attack in occupied East Jerusalem on Friday, in which three Palestinians were shot dead after an Israeli border policewoman was fatally stabbed.

Main streets and business in around Jerusalem's Old City, where the killings occurred, were forced to close, and Israeli forces reportedly said that merchants in the Old City would be fined over 40,000 shekels ($11,345) if they opened for business

Union of Foodstuffs Merchants calls on government to ....