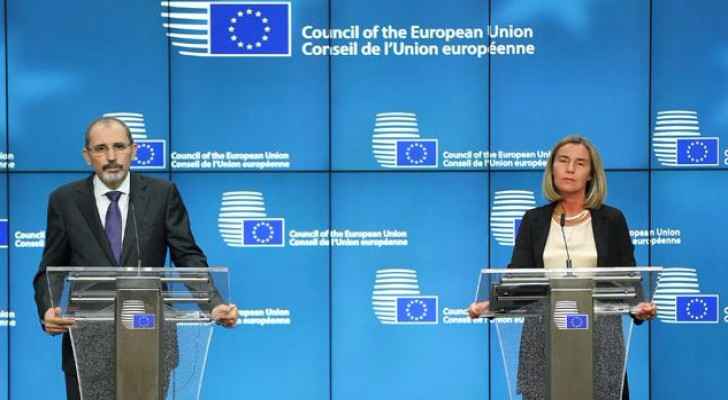 Foreign Minister Ayman Safadi has expressed his appreciation for the EU’s approval of extending a 200 million euro soft loan to Jordan, intended to support the budget as pressure mounts due to regional unrest and the Syrian refugee influx into the Kingdom.

Mogherini also noted that both sides reached an agreement on a memorandum of understanding on a micro-finance project with the value of 380 million euros to support Jordan under the difficult regional conditions.

The financial agreements come as Jordan struggles under the economic burden of the refugee crisis.

The remarks came during a joint press conference with Federica Mogherini, the EU high representative of foreign affairs security policy, following the 12th meeting of the EU-Jordan Association Council that was held in Brussels.

Discussions also addressed the Israeli-Palestinian conflict and the Syrian crisis, with Safadi noting that he briefed Mogherini on the situation in southern Syria, where a Jordan-US-Russian deal led to a cease fire as of Sunday.