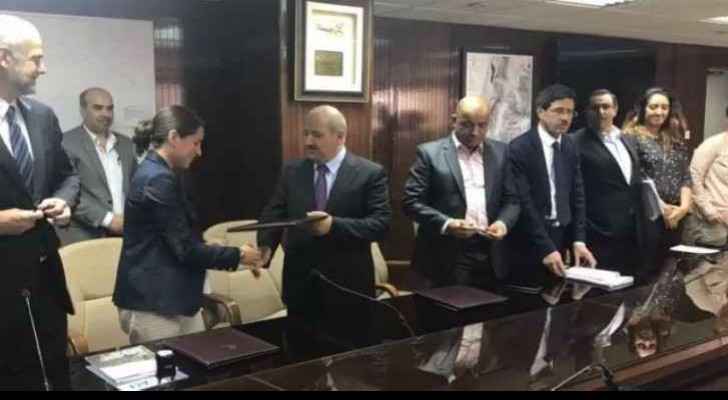 Minister of Water and Irrigation Dr. Hazim El Nasser signed a 10 million euro deal with the French Agency for Development (AfD) to fund a project designed to improve water access, distribution, and treatment in Irbid. This deal, meant to affect Jordanians and Syrian refugees, was signed in the presence of Action Against Hunger’s (ACF) director, as well as several Jordanian government officials.

The Minister stated that the Ministry’s priorities and main efforts are in lowering the deficit and energy consumption by implementing use of renewable energy more widely.

He included that this project would help maintain the stability and continuity of the water sector, and would be implemented by ACF and the local chapter of the Norwegian Refugee Council (NRC) using French and European funding. It will help Jordan absorb the effects of the Syrian refugee crisis, and be carried out in 3 years and include the construction of water pipes that stretch 270KM, according to Dr. El Nasser.

AfD’s director, Sergei Snrech, highlighted the importance of helping Jordan in light of the pre-existing shortage of resources and added pressures like the Syrian crisis. He stressed that AfD seeks to provide any available forms of aid.