The reservoir of King Talal Dam is the largest reservoir in Jordan. (Wikipedia) 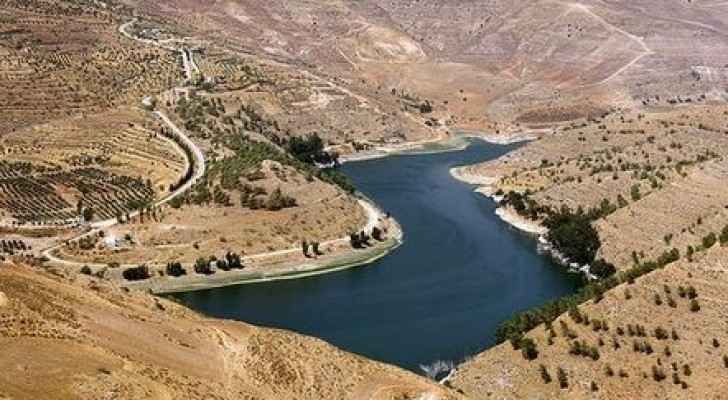 Water and wastewater services to Syrian refugees and host communities are at risk, with the Ministry of Water and Irrigation having secured only 19 per cent of funds required to sustain services to these communities, a senior government official said on Sunday.

While a total of $220 million has been allocated for this year’s water and wastewater projects, the ministry has only received $ 44 million of the allocated funds under the 2015-2017 Jordan Response Plan for Water, Sanitation and Hygiene, Minister of Water and Irrigation Hazem Nasser said.

“This is affecting the level of services provided to host communities, as well as to Syrian refugees," Nasser told reporters during a press meeting Sunday.
He added that while the international community was focused on issues in Yemen and Libya, among other countries in the region, it must not "turn its back on Jordan".

The ministry launched its $750 million water, sanitation and hygiene response plan in 2015, with the aim of enhancing the capacity of the government and host communities to meet the increased demand for water and sanitation services. In 2016, a total of $275 million was allocated to the ministry under the plan.

Jordan is hosting about 1.4 million Syrians, of whom some 650,000 are refugees and 85 per cent live among host communities, according to the response plan.

Since the beginning of the Syrian crisis in 2011, demand for water has increased by 40 per cent, while supply remains scarce. “We afforded about 70 litres for every person a day. After the refugee influx, the demand on water increased by 21 per cent across the kingdom and 40 per cent in the southern regions,” a senior official in Jordan’s Ministry of Water and Irrigation said.