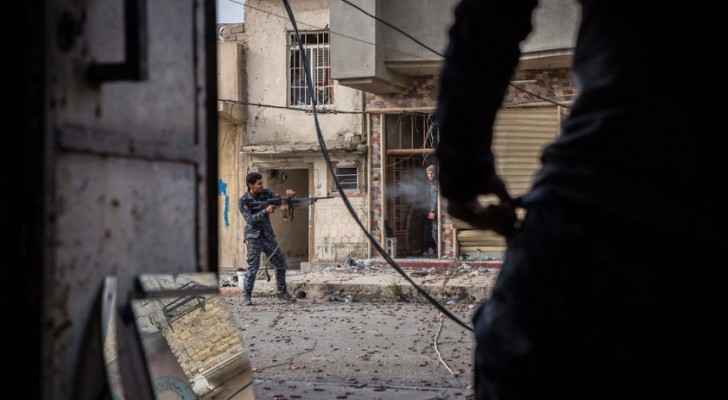 Iraqi security forces are expected to declare victory in Mosul within hours, as local media reports that the so-called Islamic State has been all but forced out of the city.

The country's state broadcaster said: 'We are seeing now the last meters (of the battle) and then victory will be announced. It's a matter of hours.'

A military spokesman cited by the TV station said the insurgents' defence lines were collapsing following months of fighting.

This morning 35 IS fighters were wounded and six others killed while advancing into the Old City neighbourhood.

Mosul was the largest city seized by IS in its offensive three years ago, where the extremist group declared its caliphate over adjoining parts of Iraq and Syria.

Government forces backed by the US-led coalition have been trying to drive out the terror group from the strategic city since October.