800 New Israeli settlements to be approved in East Jerusalem

800 New Israeli settlements to be approved in East Jerusalem 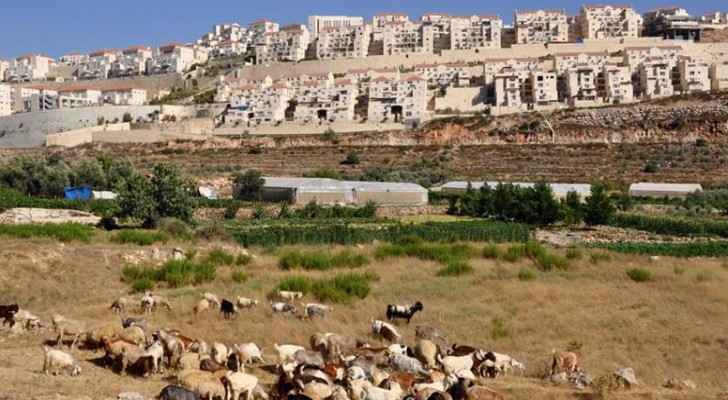 Eight hundred new homes are expected to be built in the Jewish-populated areas of East Jerusalem next month, along with 114 units in Arab neighborhoods, the Jerusalem municipality said Wednesday.

The Municipality’s decision could complicate US President Trump’s attempt to restart peace talks, after he called on Israeli Prime Minister Benjamin Netanyahu in February to “curb settlement construction.”

If the housing plans were to go ahead, they would be the first to be approved in East Jerusalem since Trump’s request.

Last month, Trump's son-in-law and adviser Jared Kushner held talks with Israeli and Palestinian leaders in Israel, in hopes of making progress toward "a genuine and lasting peace" between Israel and Palestine.

After the housing announcement, the White House issued a statement saying:

“President Trump has publicly and privately expressed his concerns regarding settlements, and the administration has made clear that unrestrained settlement activity does not advance the prospect for peace. At the same time, the administration recognizes that past demands for a settlement freeze have not helped advance peace talks.”

“As we have demonstrated in recent trips and conversations with the parties, the Trump Administration is committed to and focused on doing everything possible to advance the prospects of a historic, conflict-ending agreement between Israelis and Palestinians,” the statement added.

Meanwhile, Jerusalem Mayor Nir Barkat said in a statement that construction in his city is "essential, important and will continue full force."