Will Jordan's police and military be voting in the Kingdom's first decentralised elections? 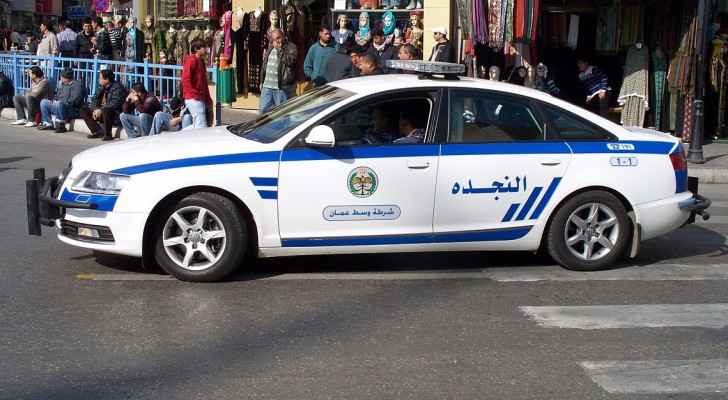 As campaigns begin for Jordan’s first decentralised elections, questions have be raised over who will be participating in the voting process, with particular attention directed towards Jordan’s military and police forces.

The primary election register, released in May by the Independent Electoral Commission, includes the names of all police and military personnel, indicating that they are eligible to vote. However, it appears that while they are legally entitled to cast their ballot, security personnel will refrain from the voting process.

While security personnel make up a notably large percentage of Jordan’s population, this group has historically been excluded from the political process and are legally prevented from voting in the parliamentary elections. This law has not been extended to the local municipal and decentralised elections, however as the election day draws in, it is widely expected the those working for the military and police will not be exercising these voting rights.

The expectations that security personnel would not be involved in the decentralised elections was recently reinforced by the head of the Independent Election Committee (IEC), Khaled Kalaldeh. “I am almost certain that the military, intelligence, general security and civil defense forces won’t participate in the upcoming elections,” he said in May.

The lack of military involvement in Jordanian politics is not new. Since 1956, security sector personnel have been legally prevented from participating in parliamentary elections. The legal move was in part encouraged by lessons learned from the late 1950s, following failed military attempts to overthrow the Jordanian government.

‘The nature of the relationship between the army, the regime and the prime minister in the fifties played an integral role in passing the law because there were attempts to involve military in politics,’ Ramzi Radaidah, Lecturer of Political Science at Prince Sumaya University for Technology, explained to Roya.

Given the tense history between the military and the government, significant emphasis has been placed on the role of transparency in Jordan’s elections, void of any potential for military meddling in the political process.

‘While we are taking away a right that was given to them by the constitution, it is justified that they do not vote to ensure the integrity and transparency of the [local] elections,’ Radaidah explained. ‘Military personnel are more vulnerable to manipulation from their superiors, so it is easy to direct them towards one candidate over another.’

The influence of military and police in the local voting process has long been subject to controversy. According to Alghad reported, the 1995 elections saw the Muslim brotherhood accuse the government of undermining their candidate, Yasser Al Omari, and causing him to lose the municipal elections by encouraging the military to vote for his opponent.

With this is mind, retired military commander, Faisal Alsaweir, agrees that it is in the best interest of the security services to separate themselves from politics. While he does not believe that the Jordanian police or military would try and interfere in the election process, the presumption that they could provides enough reason to warrant their distance from the political sphere.

‘While the military and police do have the rights to participate in the election, they may be misunderstood and accused of supporting one candidate over another,’ Alsaweir told Roya News.

However, the localised nature of the upcoming municipal and decentralised elections have stirred debate over whether or not it is necessary to exclude segments of society.

With the new decentralisation elections, running alongside the municipal, aimed to increase Jordanian’s public engagement and involvement within their local communities, some have argued that military and police should have a right to engage with these issues.

One candidate for the decentralised elections agrees. ‘Even the military or police need to be able the select who represents them in the service sector,’ he told Roya News. ‘At the end of the day, they need a paved road in front of their house, and all the other municipality services provided to every other citizen.’

For this candidate, the issue is particularly relevant due to the fact that such a large part of Jordanian society consists of police and military personnel, leaving many without voting rights and potentially swaying the outcome of the elections.

‘Every one of us has a brother or cousin or a relative who works in the military or police,’ he said, ‘so you are taking a big percentage of Jordan’s population out from the equation. Therefore it is bound to be reflected by the results.’