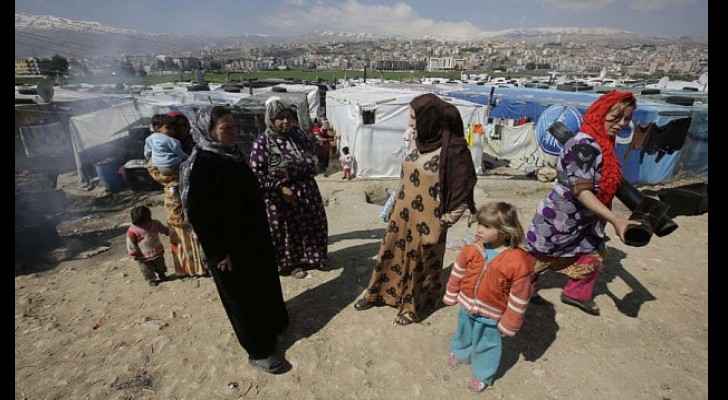 The first 16 Syrian refugees to be resettled in France under a "humanitarian corridor" scheme organised with Christian groups arrived in Paris late Wednesday.

"For the first time in seven years I feel safe," said one of the group, a 59-year-old who gave his name as Nasser, as he stepped off the plane from Lebanon at Charles de Gaulle airport to applause from families and activists who had come to welcome them.

"In seven years I have never felt peace like today," said Nasser, who is originally from Homs and had been a refugee in Lebanon since 2013.

He is due to resettle in the southwestern French city of Pau with his wife, their son and their daughter, who is wheelchair-bound.

A total of 500 refugees are due to be resettled across France by 2018 under a deal signed between the French state and five Christian organisations in March.

The Christian groups will finance the hosting of the refugees, with the state granting them visas and refugee status.

Isabelle Yard, a 57-year-old teacher, said she was "extremely moved" to be greeting Iraqi couple Raphi, Racha and their 15-year-old daughter Perla to take them home to her village, Combas, in southern France.

She added she was "a little worried" too, hoping that the family "will not be disappointed" as the village, home to 600 people, is rather isolated.

A group of 50 residents has mobilised to welcome the family and has been preparing for months, she said.

"Some give money, others give time. A couple have made their house available," Yard said.

Francois Clavairoly, head of the French Protestant federation, said the hosts had pledged to feed and house the refugees but also help to integrate them "legally and culturally".

France is the second country in Europe to institute a "humanitarian corridor" scheme of this kind, after Italy.