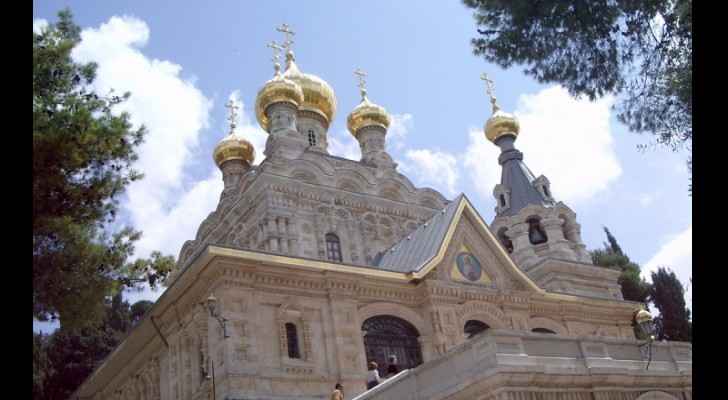 A petition was signed by 112 Jordanian MPs on Wednesday, demanding that Jordan’s Prime Minister Hani Al Mulki calls on Patriarch Theophilus and his Holy Synod to dissuade them from selling land to Israeli investors and businessmen in Israel.

The MPs, headed by MP Tareq Khoury, condemned the Jordanian government’s silence on the “suspicious” deal. They also demanded that Al Mulki takes a step to “prevent the Christian Orthodox Endowment in Jerusalem from being disrespected,” which they say will reflect badly on the way Jordan handles the preservation of holy sites in Jerusalem.

“We demand that Patriarch Theophilus is shown his limits and that he is stopped from messing with holy sites. He should also be prohibited from making any deals in order to preserve the vast area of land owned by children of the church, which inherited from their great grandparents,” the MPs said.

Last month, the Eastern Greek Orthodox Patriarchate in Jerusalem reportedly sold around 500 acres of land to Jewish investors and businessmen in Israel.

According to local Palestinian news agency, Quds Net News, this isn’t the first time the church has sold land to Israel in recent years.

The agency said that the Orthodox church sold the 1,000-acre Franciscan Monastery to an Israeli enterprise two years ago. It claims to have sold the monastery because “it needed the funds.”

Peace Now also revealed that a further 200 acres in Al-Talibiyeh neighbourhood in Jerusalem were sold by the church to a group of unnamed investors.