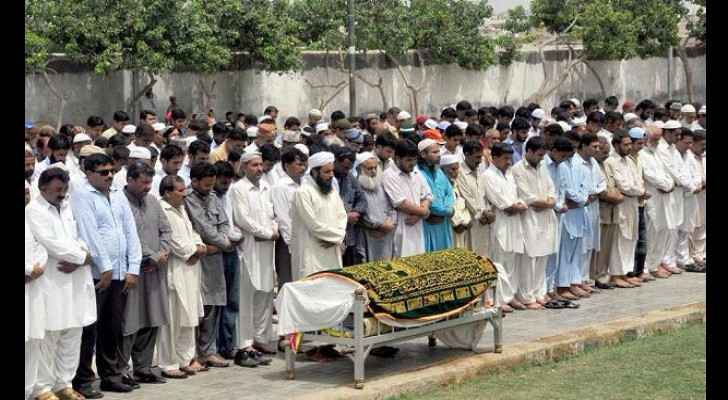 Some mourners in Kuwait are choosing to bury their loved ones after dark, in order to avoid the daytime scorching heat.

With temperatures reaching an exhausting 48 degrees celsius, Kuwait’s Municipality said that it would continue to allow evening burials until September.

“The measure is part of the municipality’s keenness on easing the process for the relatives of the deceased and for the mourners attending the funeral,” Faisal Al Awadhi, head of the funeral affairs department at the municipality, was quoted as saying by Kuwait News Agency (Kuna).

Family members who wish to bury their deceased in the morning, the timing for morning funerals remains at 9am.

Last month, during the holy month of Ramadan, the municipality allowed burials at 10pm.

“Due to high temperatures and in order to facilitate services and relieve mourners during prayers and burial, it was decided to add the evening time as an option,” Al Awadhi said.

“Families can choose when to bury their deceased relatives. The department has provided all facilities, including floodlights and movable air-conditioned shades. For the afternoon prayers, an ambulance was provided by the Ministry of Health.”

While many families welcomed the option to perform late-night burials, others ruled out the idea as many people might not feel comfortable going to a graveyard in the evening.