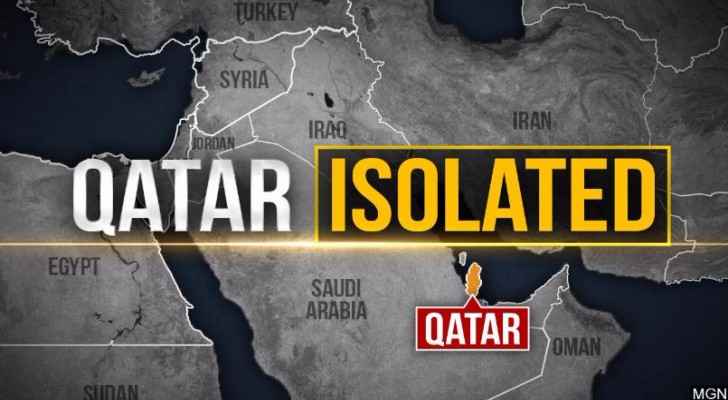 Saudi Arabia and Arab allies that have cut ties with Qatar will hold talks in Egypt on Wednesday on the Gulf diplomatic crisis, after Doha said their demands were impossible to meet.

The four Arab nations, which also include the United Arab Emirates, Bahrain and Egypt, accuse Qatar of supporting extremism, a charge which it denies.

They gave the isolated emirate an extra 48 hours to meet their ultimatum after an initial 10-day deadline passed on Sunday.

Saudi Arabia said early Wednesday the four had received Qatar's response and that they would respond "at the right time".

Foreign ministers from the four countries that broke off diplomatic and trade relations with Qatar are due to meet in Cairo from 1100 GMT on Wednesday. A press conference is expected afterwards.

Qatari Foreign Minister Sheikh Mohammed bin Abdulrahman Al-Thani handed an official response on Monday to Kuwait, which is mediating in the dispute, but its contents have not been disclosed.

Doha has said it will not bow to pressure and that the demands seem designed to be rejected.

Sheikh Mohammed told a press conference on Tuesday that the list of demands from the four countries "is unrealistic and is not actionable".

"It's not about terrorism, it's talking about shutting down the freedom of speech," he said.

Sheikh Mohammed said Doha was looking for a solution to the month-long crisis based on dialogue.

"The state of Qatar has adopted a very constructive attitude since the beginning of the crisis. We are trying to act mature and discuss the matter."

The four countries have suggested further sanctions could be imposed if Doha does not comply.

Riyadh and its allies have also accused Doha of being too close to their regional arch-rival Iran.

The crisis has raised concerns of growing instability in the region, home to some of the world's largest energy exporters and key Western allies who host US military bases.

Qatar is the world's leading producer of liquefied natural gas and on Tuesday state-owned Qatar Petroleum said it was planning a significant production increase over the coming years.

The country's gas riches have transformed it in recent years into one of the world's wealthiest countries, a major international investor and a regional player that will host the 2022 football World Cup.

Qatar has also pursued a more independent foreign policy than many of its neighbours, who tend to follow the lead of regional powerhouse Saudi Arabia.

UAE Foreign Minister Sheikh Abdullah bin Zayed al-Nahyan said Tuesday it was "premature" to discuss what further action might be taken against Qatar.

Any measures that are taken will be "within the framework of international law", Sheikh Abdullah said.

"Any independent state has the right to take measures against any party," he added, urging Doha to listen to "the voice of reason and wisdom".