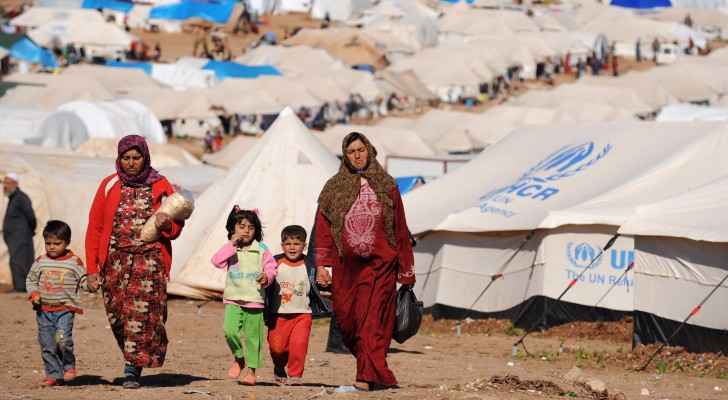 A child died and several people were injured when a fire broke out in a Syrian refugee camp in Lebanon Tuesday, rescue workers said, the second such blaze this week.

The seven-year-old girl was killed after the fire began at a camp near the town of Bar Elias in the Bekaa Valley after midnight, firefighters there told AFP.

Seven other people were injured and taken to hospitals in the area.

The Lebanese Red Cross confirmed that one child was killed and seven people were hurt.

The country's civil defence service said that 22 out of the camp's 185 tents were destroyed.

"Gas canisters in the tents blew up, causing the fire to spread quickly," the civil defence said in a statement.

It was unclear what caused the fire, but locals said it appeared that a fuse had burst into flames.

Lebanon is home to more than one million refugees fleeing the conflict in neighbouring Syria, many of whom live in informal tented settlements in the Bekaa.

The deadly fire was the second to hit refugee camps in the arid valley in just three days.

On Sunday, a massive blaze near the village of Qab Elias killed one person and wounded six, according to the Red Cross, with locals saying a child was killed.

That fire destroyed all but three of the camp's 193 tents, a resident told AFP.

The United Nations refugee agency said it was working fast to rebuild the Qab Elias camp, publishing photos of men unloading wooden stakes from a truck and setting up new blue tents.

"A glimmer of hope for the 103 Syrian refugee families who lost much in the fire," the agency said.

The Syria refugee influx into Lebanon has strained the country's infrastructure, and has also sparked accusations that refugee camps are harbouring militants from the war.

Last week, Lebanese soldiers stormed two camps in the northeast border town of Arsal but were met with a string of suicide attackers and grenades.

One young girl was killed and seven soldiers were wounded as a result, the army said.

But a wave of arrests in the wake of the raids sparked controversy after images emerged of Lebanese security forces apparently detaining refugee men.

The men are shirtless and pictured lying on the ground in rows, their hands tied behind their backs.

In response, a group calling itself "The Electronic Army of the Syrian Revolution" hacked Lebanese state television's website, posting messages opposing the army.

"The crime of Arsal is unforgivable," one message said.