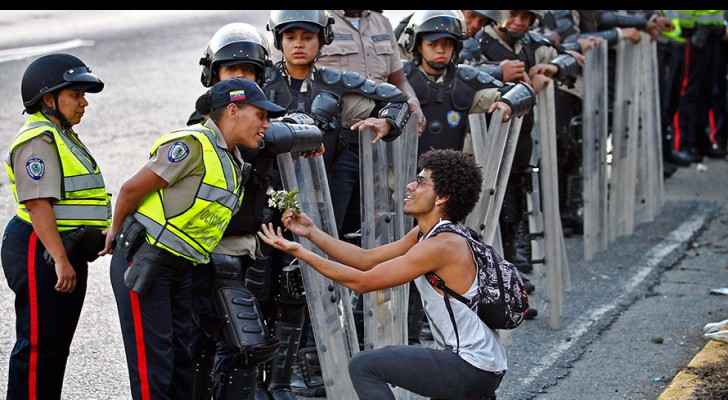 "The prosecutor charged them with crimes of instigating rebellion, theft of armed forces property, destruction and violation of a security zone," said lawyer Alfredo Romero, director of the judicial watchdog Foro Penal.

He said the 27 were arrested on Sunday at UPEL university in the northern city of Maracay after protests against the government.

Five other suspects, all women, were sentenced to house arrest after being detained on the same occasion, according to Romero.

Foro Penal had previously warned that scores of people were being brought before military courts over civil charges relating to recent months of anti-government unrest.

It said the 27 students were sent to regular jails, bringing to 433 the total number of what Foro Penal terms "political prisoners" in Venezuela.

President Nicolas Maduro is under mounting pressure after three months of unrest that prosecutors say have left 89 people dead.

Demonstrators blame Maduro for a desperate economic crisis in the oil-rich country. They want elections to replace him and accuse authorities of repressing protesters.

Maduro has been resisting the opposition's demands for a year and a half. He says the crisis is a US-backed conspiracy.