The Greek port police said they had received an "anonymous call" saying the ship was "transporting drugs". 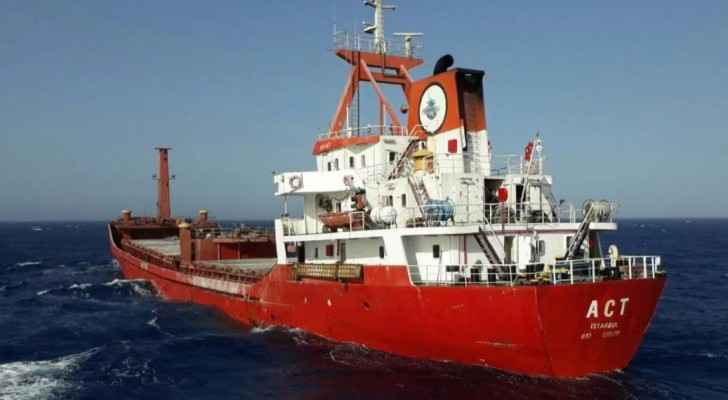 The captain of a Turkish-flagged freight ship claimed Monday that his vessel had come under fire from the Greek coastguard after he refused to comply with calls to dock at a Greek port in the Aegean Sea.

The Turkish foreign ministry hit back at the Greek coastguard's actions, saying that "there is absolutely no justification for opening fire"on the ship which had left the port of Iskenderun in southern Turkey and was heading to the Gulf of Izmit in the west.

In the statement, the ministry described the incident as "outrageous", adding: "We strongly condemn this excessive action which disregards the Greek authorities' most basic right to life."

Kalkavan said the Greek coastguard ordered him to dock at the port of Rhodes "immediately".

He said the Greek coastguard fired as his ship was heading back to Turkish waters.

The Greek port police said they had received an "anonymous call" saying the ship was "transporting drugs".

"The port authorities immediately spotted the ship in the northeast of the Rhodes island in Greek waters," they said, adding the captain did not obey calls to stop, leading the port police to fire "warning shots".

It added that they had informed Turkish authorities of the incident.

The state-run Anadolu news agency reported that there were no injuries among the ship's crew.

The Turkish coastguard sent two boats while the naval forces command dispatched one assault boat to the scene to investigate the "allegation", Anadolu said.

Relations between Turkey and Greece have been fraught with territorial disputes in the Aegean, with the two NATO allies nearly going to war in 1996 over uninhabited islands.