Nearly 85,000 migrants and refugees have arrived in Italy by sea since the beginning of the year. 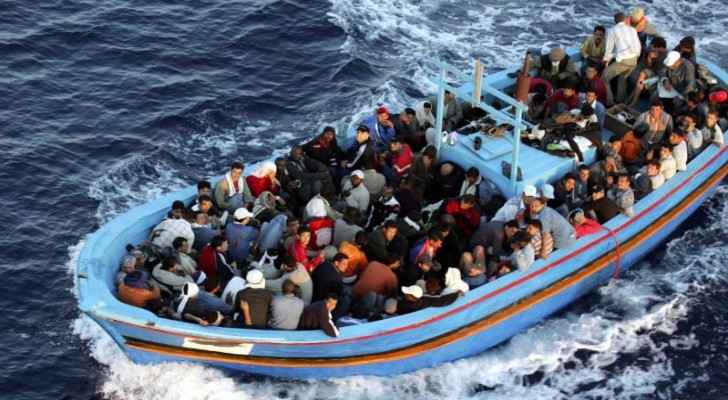 Italy cannot continue absorbing the tens of thousands of migrants landing on its shores on its own, the UN refugee agency warned Monday, urging the creation of a system to share the burden.

The agency, known as the UNHCR, said it planned to push for a "regional disembarkation mechanism" at a meeting in Rome this week, insisting on the need to spread out the responsibility for processing and accommodating the migrants arriving in Italy.

"It is unrealistic to think that Italy should have the responsiblity to disembark everyone," Vincent Cochetel, the agency's special envoy for the central Mediterranean, told reporters in Geneva, calling for "more solidarity".

"This is not sustainable. We need to have other countries joining Italy and sharing that responsibility," he said.

Nearly 85,000 migrants and refugees have arrived in Italy by sea since the beginning of the year, often in flimsy dinghies launched by traffickers from the coast of conflict-ravaged Libya, the UNHCR said Monday.

More than 2,000 others have died or gone missing trying to make the perilous crossing.

Italy has been pushing for other European countries to open up their ports to rescue ships in order to share the burden, but France has declined that request, calling it "counterproductive".

SOS Mediterranee, which runs a migrant rescue vessel along with Doctors Without Borders (MSF), has also said that forcing rescue boats to go to other European ports instead of Italian ones would be logistically difficult.

But Cochetel indicated that there were other solutions.

"Just because Italy allows people to disembark should not mean it necessarily has to be responsible for processing everyone," he said.

He also urged re-examining the 2015 EU refugee relocation programme, which aimed to move about 160,000 asylum seekers from Italy and Greece to other European countries.

Only about 20,000 have been relocated, while Hungary, Poland and the Czech Republic have refused to take part in the scheme.

Cochetel called on countries to do their share, but also suggested that the programme, which is aimed mainly at people fleeing Syria and Eritrea, could be expanded to include other nationalities.

People from west African countries like Nigeria and Mali now make up more than half of those setting off from Libya to cross the Mediterranean to Europe, a UNHCR report published Monday showed.

The agency is also pushing for a crackdown on the traffickers and people smugglers who are helping fuel the migrant crisis.

"We would like definitely the UN sanction committees and probably also the EU sanctions committee to take action," Cochetel said, calling on officials to impose travel bans and freeze the assets of known smugglers.

Migrant dies of heatstroke in northern ....