The site of planned Jewish housing in the East Jerusalem neighborhood of Sheikh Jarrah, July 2017. (Twitter) 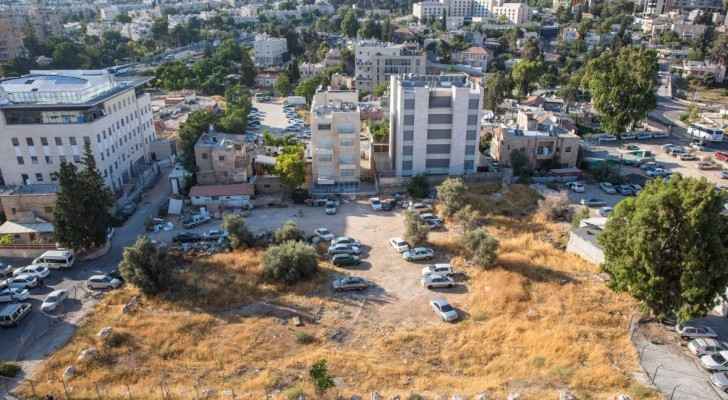 Controversial plans for the construction of some 2,000 housing units in settlements in an Arab neighbourhood in east Jerusalem will come before the Jerusalem District Planning Commission in the next two weeks, according to Israeli NGO Peace Now.

The municipality will also approve other units and a religious school in the Sheikh Jarrah neighborhood. The plan will include the evacuation of a number of Palestinian families from their homes in order to build the settlement buildings.

While legal actions taken by settlers for their eviction has not yet materialised, Peace Now Said. “Nevertheless, the law enables landowners to destroy and restructure a new building whilst protected tenants do not lose their legal rights, hence the advancement of these plans.”

According to Peace Now, the new plans are the first time in recent years that new housing units are being planned for settlers within a Palestinian neighborhood in East Jerusalem.

If approved, they would mark an end to the relative slowdown in Israeli construction in the eastern parts of the city that was linked to Barack Obama’s two terms as US President.

Once Donald Trump entered the White House right-wing politicians began to declare that the freeze on construction in East Jerusalem was over, Haaretz reports.

Since the occupation of the West Bank and East Jerusalem, in 1967, between 500,000 and 600,000 Israelis have moved into Israeli settlements in the occupied Palestinian territory, violating international law.

The estimated 196 government recognized Israeli settlements scattered across the Palestinian territory are all considered illegal under international law.