Jordan forces foil attempts to cross into Kingdom from Syria

Three were arrested for attempting to cross into Jordan. (File photo) 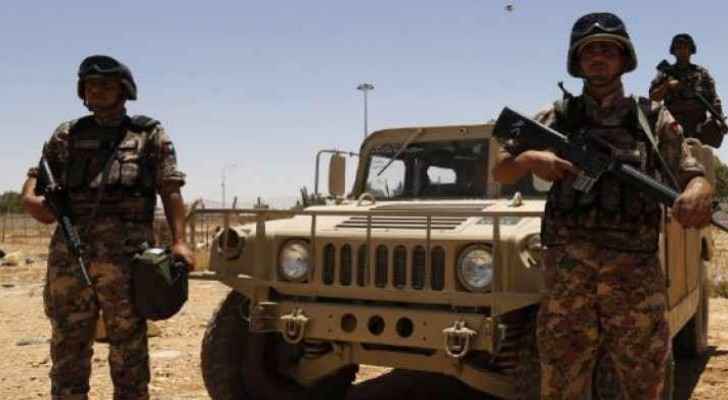 The military in Jordan’s north has aborted an attempt by four people to cross into the Kingdom from Syria on Sunday, according to a military source in the General Command of the Jordanian armed forces.

Following military engagement, the four retreated back into Syrian territory. After the area was inspected, 549000 captagon pill, 122 bunch of hashish and 8550 Tramadol pills was discovered and transferred to the authorities.

Another three people were arrested after attempting to enter Jordan from Syria.