The Gay Pride March had up to 2014 been a regular annual event in Istanbul. (Twitter) 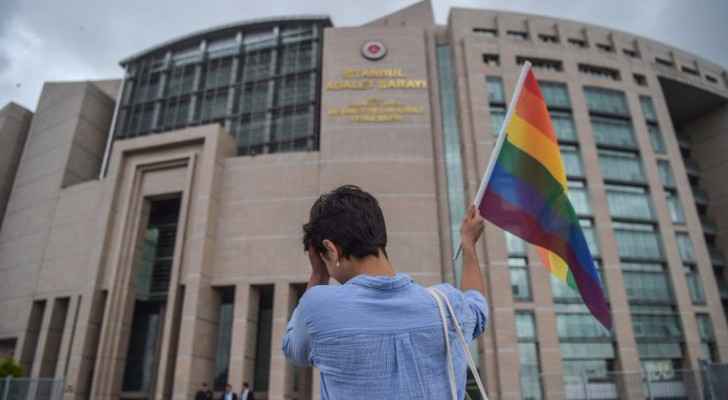 Several dozen activists promoting the rights of transsexuals defied a ban and tried to hold a rally in central Istanbul on Sunday, dubbing their efforts a "game of trans".

The Istanbul governorate had on Saturday banned the planned Trans Pride march from Taksim Square in the city centre on the grounds of security and saying no proper application had been lodged.

A large part of Taksim Square was closed off with a heavy security presence and water cannon trucks.

The activists, holding up rainbow flags, instead began their rally from the Pangalti district north of Taksim seeking to march on the square, an AFP correspondent said.

In a statement ahead of the march, organisers said the event had been held without problems in the past and did not pose a security threat.

"We are still here. We will continue to protect out lives. We are trans, we are here, get used to it! We are not going away," said the statement read by organiser Ceylan Cagdas.

On social media, the organisers used the hashtag "game of trans" to describe the event, a play on the popular TV drama "Game of Thrones".

But in the Harbiye district before Taksim they were blocked by Turkish police, who detained seven people, the Istanbul LGBTI+ rights group said. They were later all released.

The Trans Pride march was have been the eighth edition.

The ban came a week after Istanbul police used rubber bullets to thwart an attempt to hold a Gay Pride march in the city.

The Gay Pride March had up to 2014 been a regular annual event in Istanbul, attended by thousands of people every year. But it has been banned for three years in a row.

Critics say the bans are linked to a creeping conservatism under the ruling Islamic-rooted Justice and Development Party (AKP) led by President Recep Tayyip Erdogan.

But the authorities say they are merely acting in the interest of public security.