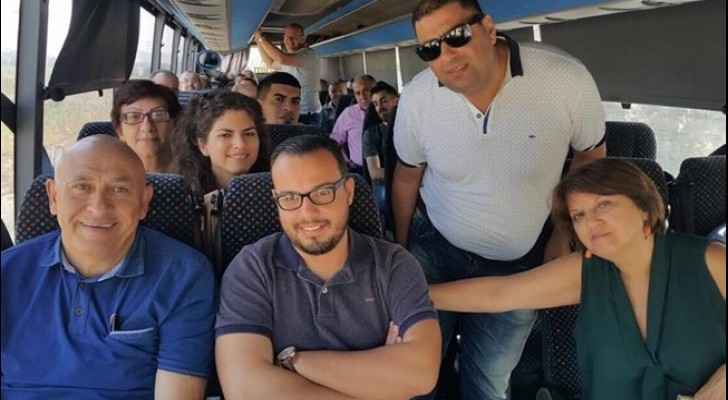 Basel Ghattas of the Arab-dominated Joint List resigned his seat in the Israeli parliament as part of a plea bargain reached in March.

Prosecutors dropped charges of terrorism and endangering state security, for which he could have faced up to 10 years in prison.

"I enter prison with my head held high and I will continue my battle for prisoners' rights," Ghattas said before entering Gilboa prison in northern Israel, in comments broadcast on army radio.

Israeli media have reported that 12 mobile phones were found on two prisoners in searches after Ghattas visited the high security Ketziot prison in December, using his parliamentary immunity to avoid being searched.

One of the prisoners is serving time for kidnapping and murdering an Israeli soldier in 1984, the Ynet news website said.

Ghattas has said his actions were motivated by "humanitarian and moral positions towards prisoners".

Lawmakers of the Joint List, the third largest bloc in parliament with 13 seats, frequently clash with Israeli authorities.

Critics have said Ghattas’ case represents the latest event in a concerted crackdown on Joint List MKs in an attempt to diminish any opposition to the Israeli government’s right-wing policies in the occupied Palestinian territory.