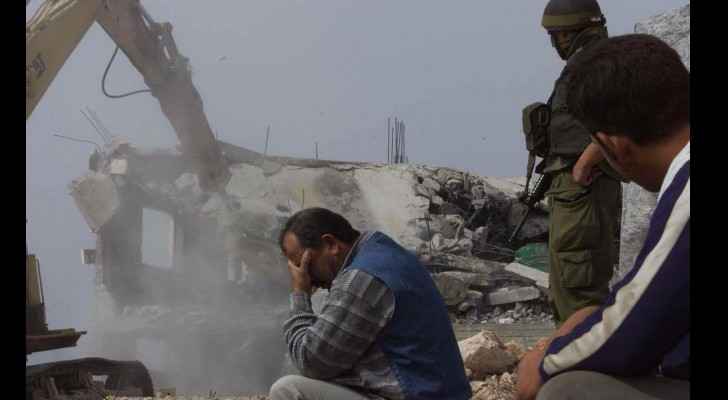 A Palestinian family was forced to demolish its home in Jerusalem on Sunday, after Israeli authorities claimed that they built it without an official building permit.

The Eisaweyyeh town-residents have already started knocking down their house, which consists of two bedrooms, a kitchen and one bathroom, according to member of the follow-up committee, Raed Abu Riyaleh.

Israeli officials ordered the demolition after visiting the family’s home, which was built in 2008, during Ramadan.

In the first week of 2017, Israel demolished four times as many Palestinian homes as it did in 2016, while the IDF’s Civil Administration promised to “carry out Netanyahu’s vow to demolish the homes of Arabs with a vengeance,” reported Israeli newspaper Haaretz.