Addicts who want to get clean often avoid specialists. 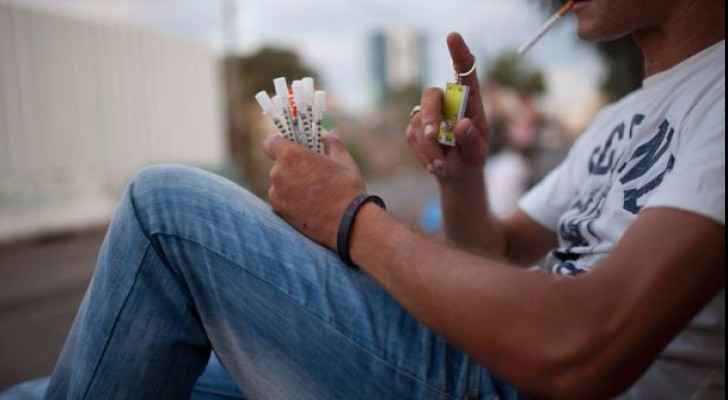 After Umm Mazen found her husband shivering in his bed and complaining of a migraine, he confessed he was addicted to painkillers and could no longer provide for the family.

In the Gaza Strip, the tiny Palestinian territory sandwiched between Israel, Egypt and the Mediterranean and ravaged by three wars in a decade, drug abuse is often a hidden problem.

While no reliable statistics are available, experts and medical support groups estimate there are tens of thousands of drug users in Gaza.

Young men are among those most affected in a territory suffering 45 percent unemployment, rising to more than 60 percent among the youth.

Narcotics such as cannabis are sold illegally in the enclave of some two million people, but many of the most serious addicts are hooked on illicitly bought prescription medicines.

Gaza's Islamist rulers Hamas, who have ruled the Strip for a decade and take a firm line on drugs, launched a fresh crackdown this year.

Hamas military courts have sentenced four Palestinians to death for drug smuggling, the first such punishments since Hamas seized the Strip in 2007.

Umm Mazen, a 32-year-old mother of three who refused to give her full name for fear of consequences in Gaza's conservative society, said the drug nearly ruined her life.

"I warned his family and I even threatened to report it to the Hamas police," she told AFP.

Iyad al-Bozum, spokesman for the Hamas-run interior ministry, told AFP there was an "organised plan to smuggle large quantities of drugs into Gaza," saying dealers were targeting young people.

While some drugs are smuggled through the Israeli border, most enter from Gaza's southern border with Egypt, the ministry said.

The Gaza Strip has been blockaded for more than a decade by Israel, which has fought three wars with Hamas since 2008.

The Rafah crossing with Egypt, the only entrance to the territory not controlled by Israel, has been almost completely closed since the military ousted Egypt's Islamist president Mohamed Morsi in 2013.

Gaza has almost no industry and suffers from a chronic lack of water and fuel.

Interviewed at a Hamas prison where he is serving seven years for drug dealing, a trafficker arrested in 2013 said he had turned to selling narcotics to make ends meet and pay for his own addiction.

"It was easy to sell them -- lots of people were using them because of unemployment and the bad situation in Gaza," he said in an interview monitored by prison guards.

Egyptian forces have since destroyed hundreds of cross-border tunnels and Hamas has launched a crackdown against dealers, but drugs have continued to flow into the territory.

In January Hamas authorities announced they had seized as many drugs in one month as in the whole of 2016, with a street value of around $2 million.

They seized 1,250 packets of cannabis and 400,000 Tramadol pills in January alone, the interior ministry said.

As a result of the crackdown, the price of a 10-pill pack of Tramadol is said to have doubled in two years to $120.

In a territory where more than two-thirds of the population rely on humanitarian aid, it is often the inability to pay that forces people to seek rehabilitation, said Sami Aweida from the Gaza Community Mental Health Program.

Gaza has no centre dedicated to treating drug addicts, making reliable figures on abuse all but impossible to obtain.

"People prefer to do it discreetly through a liberal doctor."

Umm Mazen did convince her husband to seek treatment, but mainly for economic reasons.

"He could not afford (Tramadol) because of the high prices," she said.

The lethal Zombie drug finds its way to ....