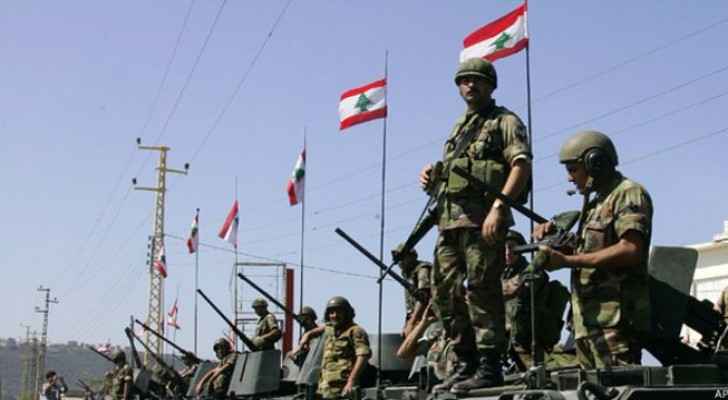 A girl died and seven Lebanese soldiers were wounded on Friday when five militants blew themselves up and a sixth threw a grenade during army raids on two refugee camps near the Syrian border.

Four of the suicide bombers struck in the Al-Nur camp near the border town of Arsal, the army said. A young girl, whose parents are both refugees, was killed and three soldiers wounded.

A medical source in the provincial capital Baalbek said the girl was two and a half years old.

During a raid on Al-Qariya, another camp near Arsal, one militant blew himself up and a second threw a grenade at troops, wounding four of them.

The civil war, which has raged in Syria since March 2011, has triggered an exodus of more than 1.1 million refugees into neighbouring Lebanon and has repeatedly spilt over.

The raids were aimed at "arresting terrorists and seizing weapons," the army command said.

A military source told AFP that troops made a number of arrests.

"The objective of the operation was to arrest a wanted man and it was this man who was the first to blow himself up," the source said.

"The National Coalition strongly condemns the systematic attacks today against refugee camps in Arsal... during which (refugees) were humiliated and treated like hostages," a statement said.

"We ask the Lebanese authorities to provide the necessary protection to Syrian refugees according to international humanitarian law," the National Coalition said.

There have been multiple clashes along the border between the Lebanese army and jihadists of the Islamic State group or Al-Qaeda.

In August 2014, the army clashed with jihadists of IS and Al-Qaeda's then Syria affiliate Al-Nusra Front in the Arsal region, with militants kidnapping 30 Lebanese soldiers and policemen as they withdrew back along the border.

After long and arduous negotiations, 16 of the kidnapped men were released in December 2015 in exchange for Islamist prisoners held in Lebanese jails.

The jihadists executed four of their hostages while a fifth died of wounds he suffered in the initial Arsal clashes, leaving nine members of Lebanon's security forces still in their hands.

Since 2014, both the Lebanese army and Shiite militant group Hezbollah have carried out attacks on Syria-based jihadists in eastern Lebanon.

Hezbollah has intervened in the war in Syria in support of President Bashar al-Assad, sending tens of thousands of fighters.

Its strongholds in Lebanon have been hit by several deadly attacks claimed by IS.