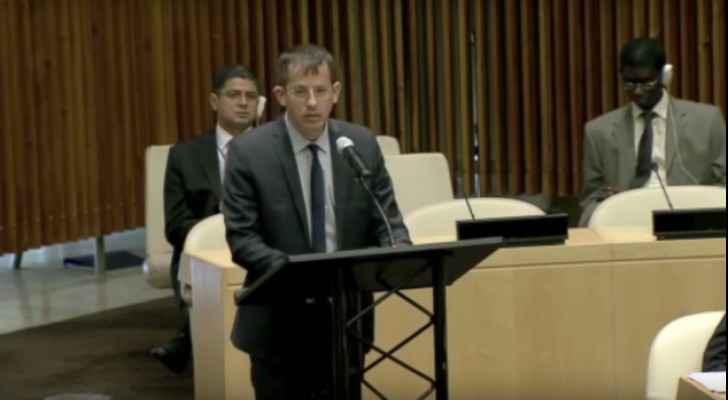 The director of Israeli human rights group, B'Tselem, accused Israel of undermining any genuine effort to combat anti-semitism in order to uphold the Occupation of the West Bank and Gaza.

“The Israeli government is prepared to undermine the real fight against anti-Semitism in order to preserve the occupation with minimal repercussions from the international community," El-Ad added.

He said that the UN Security Council does not take Resolution 2334 against the settlements seriously and neither does Israel. El-Ad expressed his disappointment over the failure to implement the resolution and called for it "to be given meaning as soon as possible."

Earlier on Friday, Israeli Ambassador to the UN Danny Danon accused the world body of “colluding with supporters of terror seeking to harm Israel” by hosting the two-day forum in association with groups Israel says have links to known Palestinian terror organizations.

“It is beyond comprehension that UN funds are supporting organizations which aid terrorists and incite against Israel,” Danon said in a statement.

The two-day forum held by the UN in New York marked the 50 years since the start of the 1967 Arab-Israeli war, which resulted in Israel’s occupation of the West Bank, East Jerusalem, Gaza and the Syrian Golan, and the displacement of hundreds of thousands of Palestinians and Syrians.

In a message at the opening of the fourm, UN Secretary-General António Guterres emphasised the need to end the occupation, saying:

“Fifty long years of occupation have fuelled recurring cycles of violence and retribution. They send an unmistakable message to Palestinians that their dream of statehood might never be realized. They signal to Israelis that their desire for peace, security and regional recognition remains unattainable.”