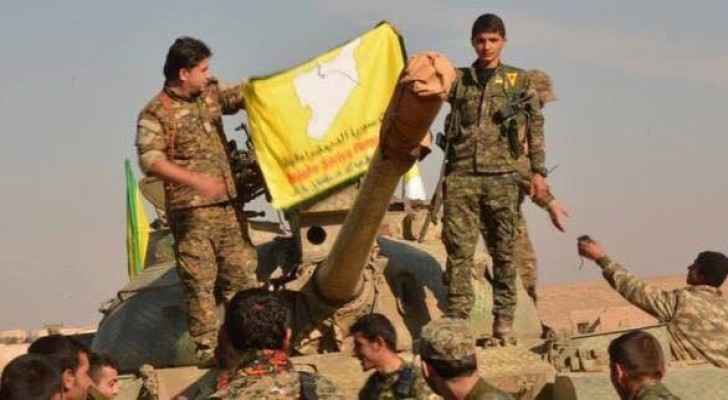 The so-called Islamic State group jihadists recaptured an eastern district of their Syrian bastion Raqqa on Friday, a monitor said, rolling back the advance of US-backed fighters.

"IS fully retook Al-Senaa, which was the most important neighbourhood taken by the Syrian Democratic Forces," said Rami Abdel Rahman, who heads the Syrian Observatory for Human Rights.

"IS fighters attacked the SDF with suicide bombers and (weaponised) drones, and also used tunnels," he told AFP.

The densely built-up neighbourhood was the closest that the SDF and allied Arab fighters known as the Elite Forces had come to the city centre.

On Thursday, dozens of jihadists disguised in SDF uniforms launched an attack on Al-Senaa from the city centre, carrying out three suicide car bomb attacks and overrunning six SDF positions.

By Friday, the SDF and its allies withdrew from Al-Senaa to the adjacent neighbourhood of Al-Meshleb.

"They are now reinforcing their defensive positions in Al-Meshleb," Abdel Rahman said.

An IS statement published on social media early Friday said its fighters had been locked in "hours-long" clashes with the SDF in Al-Senaa and Al-Meshleb.

The SDF broke into Raqa on June 6 after spending months chipping away at jihadist territory around the city.

With the loss of Al-Senaa, the SDF is left in control of Al-Meshleb and two districts in the west of the city.

On Thursday, the SDF cut off the last escape route for IS from Raqqa, trapping the besieged jihadists inside their de facto Syrian capital.

Around 2,500 jihadists are fighting inside Raqqa, according to British Major General Rupert Jones, a deputy commander of the US-led coalition backing the SDF.

The United Nations estimates some 100,000 civilians remain in the city, with the jihadists accused of using them as human shields.

Raqa became infamous as the scene of some of the worst IS atrocities, including public beheadings, and is thought to have been a hub for planning attacks