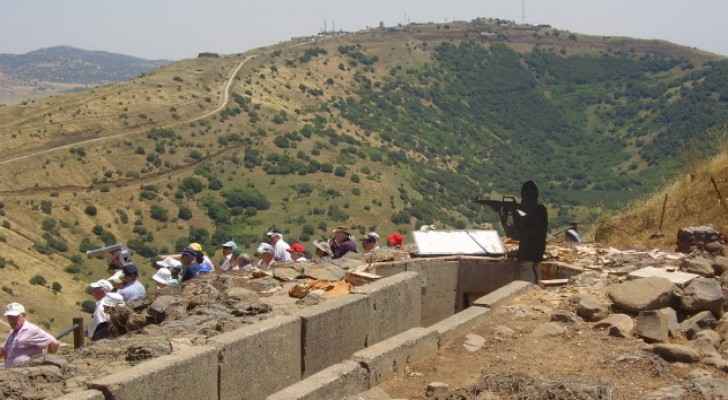 A round from Syria hit the Israeli-occupied Golan Heights on Friday, the Israeli army said, in the latest incident of stray fire across the armistice line.

"A projectile fired from Syria hit an open area in the northern Golan Heights," an army statement said, referring to the territory seized from Syria in the Six-Day War of 1967.

"The errant projectile is a result of internal fighting in Syria," it added, saying there were no reports of casualties.

It was the fourth time in a week there had been stray fire across the armistice line as Syrian troops battle rebels, including hardline Islamists, on the other side.

There have been no casualties but Israel responded to the previous three incidents by striking Syrian government positions.

Rebels recently launched an offensive against government forces in Quneitra on the Syrian side of the armistice line.

During a speech on Wednesday, Israeli Prime Minister Benjamin Netanyahu said he would not tolerate any spillover from the fighting.

"We will respond to every firing," he said.