Who will be affected by new US travel ban? 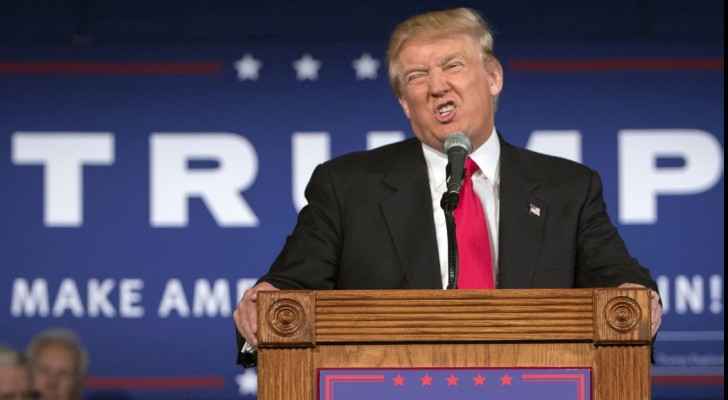 President Donald Trump's travel ban on people from six mostly Muslim countries will come into force late Thursday, as controversy swirls over who qualifies for an exemption based on family ties.

Delayed by five months of legal challenges before the Supreme Court partially backed Trump, the ban comes into effect at 8 pm Friday eastern time (0000 GMT Friday), according to the New York Times, putting tight restrictions on the issuance of visas to travelers from Iran, Libya, Somalia, Sudan, Syria and Yemen.

But questions remained over the Supreme Court's decision Monday to allow exceptions for anyone defined as having a "bona fide relationship" in the United States.

As of early Thursday, key agencies, including the State Department and the Department of Homeland Security, which controls immigration at US airport and border posts, had yet to issue any public statements on how that will be implemented.

According to the Times, citing State Department guidelines sent to embassies on Wednesday, the "bona fide relationship" exception will include people with "close family relationships" in the United States, defined to include parents, children, sons and daughters-in-law, siblings, and step- and half-siblings.

But close family does not include "grandparents, grandchildren, aunts, uncles, nieces, nephews, cousins, brothers-in-laws and sisters-in-law, fiances and any other 'extended' family members," the guidelines say, according to the Times.

Exemptions to the ban also include people with formal relationships with a US entity, who have for instance been offered a job or accepted to study or lecture at a university. But a hotel reservation, even if already paid for, does not qualify as a "bona fide relationship."

And the order stresses that non-profit groups cannot establish relationships with hopeful travelers just to allow them to skirt the ban.

Trump first ordered the travel ban in January, following up on campaign promises to secure US borders against the threat of terrorism.

It set a 90 day halt on travelers from the six countries, plus Iraq, while the government reviewed and toughened its vetting procedures. It also set a 120 day ban on all refugee entries.

But implementation was immediately frozen in federal courts based on complaints that the president had overreached his executive powers and violated the Constitution by essentially focusing his order on Muslims.

A revised ban -- which notably removed Iraq from the country list -- was also blocked in March, forcing the administration to appeal it to the Supreme Court.

This week the top court's justices agreed to hear the case in October, and in the meantime partly lifted the lower courts' freeze orders in a win for Trump's administration.

Lawyers and advocates both for and against the travel ban say the court's partial decision -- barring people with no "bona fide" relationship" while exempting those with US links -- could result in a flood of legal challenges.

- Lawyers at the ready -

"It's helpful that it's very clear," he said. But he said it doesn't account for the amount of contact someone has with a relative, for example someone raised by relative not their mother.

"If you had frequent contact with your aunt, that should be indicative of a close family relationship…. The cable does not seem to take that into account."

He said immigration lawyers around the country are on standby to help this weekend if arrivals from the six countries run into trouble at airports, recalling the chaos in the days after the travel ban was first announced in January.

While this time it has been made clear that people with visas are to be admitted, he said, "There's a good chance there will still be some confusion, but it's too early to say. We are standing at the ready."