Women and children reportedly returning to Europe from IS war zones 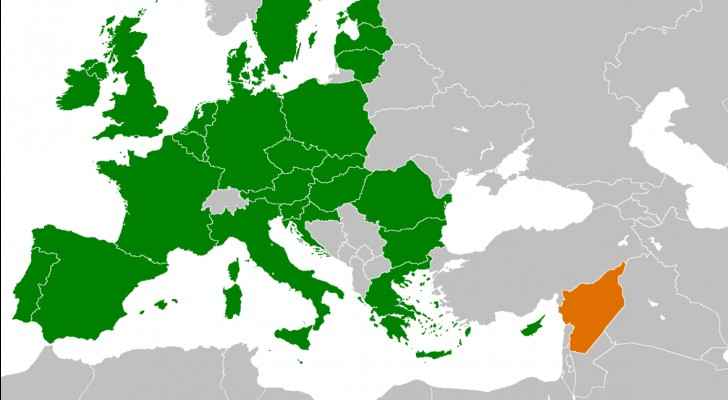 Women and children involved with groups like so-called Islamic State are increasingly returning to their home countries in Europe, with some posing a terror risk, a senior EU official said Thursday.

The "new trend" of females and juveniles coming back from Middle East war zones means European countries must find special methods of dealing with them, said Michele Coninsx, president of the EU judicial agency Eurojust.

The issue is a growing concern for European countries as IS is in retreat across Iraq and Syria in the face of US-backed forces.

"We see that females and young children are coming back to Europe and they need special attention," Coninsx told a European Parliament committee as she released a report on the issue.

Debate among EU states on the issue was complicated because the fact that an individual returning from IS-held areas is a woman or child does not in itself mean they cannot pose a security risk, Coninsx said.

"It is not because you are a child or because you are a female that you are not dangerous. If you have the terrorist intent, and the capacity, and if you have both at the same time, you constitute a danger," said Coninsx, a former Belgian prosecutor.

The situation with children was especially sensitive, and one that European juvenile criminal justice systems would have to start adapting to, Coninsx said.

"Minors coming back as victims must be taken care of in a very well adapted way," she said.

But even for young people turned into "killing machines" in the brutal conditions in IS territory "must also be taken care of in the best possible way," she added.

As for women returning to Europe from Middle East conflict zones, those with a criminal or terror-related past can become "super dangerous," Coninsx added.

But she highlighted the uneven legal ground in Europe, with some but not all member states punishing female returnees after only having cooked for or helped male jihadists in other ways.

"The mere fact of being a bride of a foreign terrorist fighter is not punished overall but we see slight differences," she said.

Returns of male fighters however "do not seem to be increasing" despite IS losses in Mosul in Iraq and its spiritual capital of Raqa in Syria, she said.

"On the contrary, we see more chance that they are going to be relocated in the war zones and there will be shifts from Syria, Iraq to other regions in the neighbourhood," Coninsx said.

Officials say at least 5,000 European nationals are believed to have travelled to Syria and Iraq to join the Islamic State and other extremist groups.