The village’s solar power project was completed six months ago. 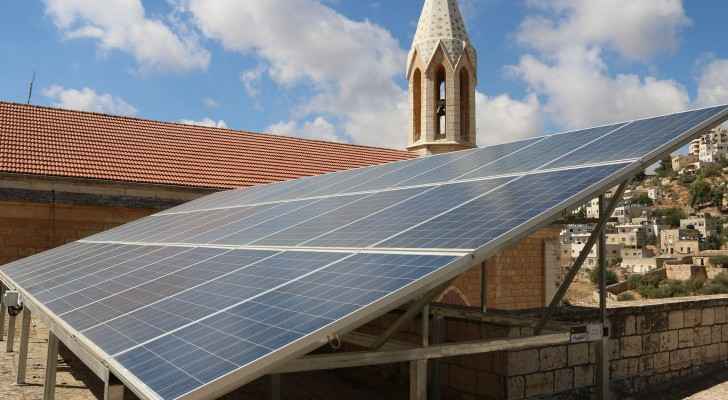 Israeli forces on Wednesday confiscated and destroyed 100 solar panels that supply power to the Jubbet al-Dhib village, east of Bethlehem.

In a statement, Hasan Breijia, representative of the Wall and Settlement Resistance Committee, said that Israeli army forces, accompanied by members from the Israeli Civil Administration, raided the village and seized all of its solar panels, after claiming that villagers were using them without proper permits from the Israeli authorities.

However, it was the Israeli authorities who refused to grant a license for installing the panels, forcing NGOs to fix them without proper permission.

Meanwhile, head of the village council Rateb Abu Mahamid told Ma’an news that “the panels were installed by human rights organizations to provide electricity to the remote village, which has ‘no necessities of life to survive,’ according to the Applied Research Institute - Jerusalem (ARJI).”

Jubbet al-Dhib has some 150 residents, who unwillingly neighbor Israeli settlers in the illegal Noqedim settlement as well as the illegal El David settlement.