King Abdullah II to meet Tillerson in Washington on Wednesday

The King will discuss regional developments with Tillerson. 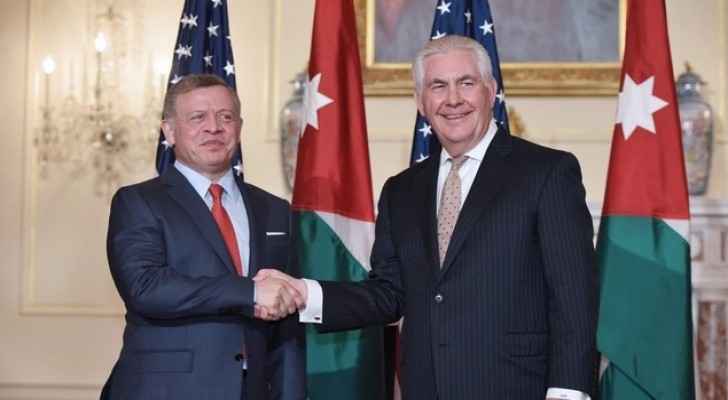 The meeting will take place at the State Department in Washington, D. C., where the politicians will discuss, in a closed meeting, the latest regional developments, Syria and the war on terrorism, according to a statement obtained by Jordanian newspaper Al Ghad.

In April, King Abdullah met Tillerson in Washington as part of a new effort to show US President Trump that the Arab World is united, and ready, for peace in the Middle East.