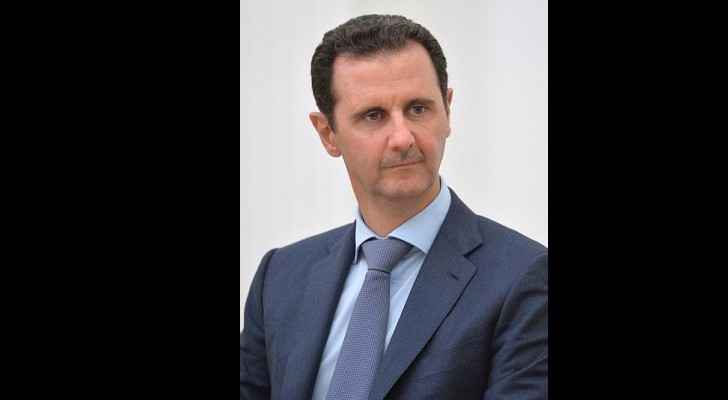 President Bashar al-Assad hailed Moscow's support Tuesday as he toured the airbase in western Syria set up for a Russian intervention that has shored up his regime.

Increasingly confident after his forces scored a series of victories against rebels, Assad has made several visits outside Damascus during this week's Eid al-Fitr holidays, the longest he has spent away from the capital since the start of Syria's civil war in 2011.

At the Hmeimim base south of the coastal city of Latakia, Assad met Russian military officials and inspected equipment, according to photographs posted on the presidency's Twitter account.

In one video posted on the account, a smiling Assad, dressed in a suit and tie, is seen climbing a ladder and taking a seat inside the cockpit of a Sukhoi fighter jet.

"The Syrian people will not forget the support of their Russian brothers," Assad wrote in the base visitors' book.

Moscow and Damascus signed an agreement in 2015 allowing Russia to establish the airbase as a launchpad for operations in support of Assad's forces.

A Russian defence ministry statement said Assad and chief of staff Valery Gerasimov had held talks at the base on "coordination between Syrian government forces and Russia's air force".

The Russian intervention marked a major turning point in the conflict and pro-regime forces have since made significant gains, including their recapture of second city Aleppo.

Assad on Monday visited the central city of Hama with his wife Asma, meeting veterans and their families.