Netanyahu's cabinet voted Sunday to back out of the hard-won deal. 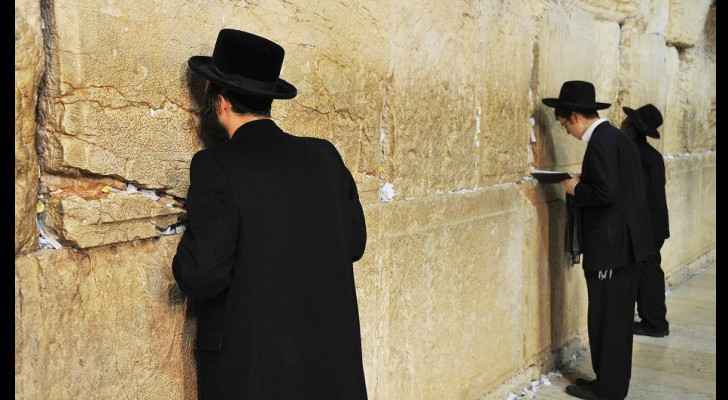 Netanyahu's cabinet voted Sunday to back out of the hard-won deal, provoking a flood of criticism and warnings it could damage Israel's relationship with the United States' influential Jewish community.

That followed pressure from ultra-Orthodox Jewish parties who are part of Netanyahu's right-wing coalition and follow a strict interpretation of religious rules.

Such parties have often played a kingmaker role in Israeli politics and have opposed years of efforts by more liberal Jews to win equal rights for women at the Western Wall, one of the holiest sites in Judaism.

Women and men currently pray in separate areas at the site in Jerusalem's Old City, where religious affairs are overseen by Israel's ultra-Orthodox establishment.

A compromise reached more than a year ago would have created a third space near the wall, open to both women and men.

Sunday's cabinet vote froze the deal -- effectively cancelling it -- despite the government having earlier endorsed it.

In a sign of the tensions the decision provoked, the Jewish Agency, a quasi-governmental organisation that helped mediate the deal, heavily criticised the move and cancelled an event with Netanyahu scheduled for Monday evening in response.

Yair Lapid, an opposition figure and leader of the centrist Yesh Atid party, said the decision meant Israel was "the only democracy in the world without equality for Jews."

"Did Prime Minister Netanyahu and his ministers decide to cancel the framework because they thought it was the right thing for the people of Israel?" Lapid said on his Facebook page.

"Of course not. They did it because the only thing which motivates them is political pressure."

Netanyahu had not publicly commented on the decision.

His coalition, seen as the most right-wing in Israel's history, holds 66 seats in the 120-seat Knesset, or parliament.

Ultra-Orthodox parties control 13 of the coalition's seats. Some 10 percent of Israel's population are considered ultra-Orthodox.

The Western Wall, located in Jerusalem's Old City, is venerated by Jews as a remnant of a wall supporting the Second Temple complex, which was destroyed by the Romans in 70 AD.

It is the holiest site where Jews are allowed to pray.

It was however never implemented, as ultra-Orthodox parties, under pressure from their supporters, moved to block it.

A case being examined by Israel's top court has put pressure on ultra-Orthodox parties to move to have the deal revoked.

The supreme court is expected to rule soon on a petition filed by more liberal religious movements to force the government to implement the agreement and create the mixed prayer space.

Sunday's move to back out of the deal prompted anger among Jewish movements in the United States, home to more than five million Jews, most of whom are not Orthodox.

"Prime Minister Netanyahu's decision to say 'no' to his previous 'yes' is an unconscionable insult to the majority of world Jewry," Rabbi Rick Jacobs, head of the US-based Union for Reform Judaism, said in a statement.

It is a sensitive issue for Israel, which relies on the United States as its most important ally, providing it with strong diplomatic support and more than $3 billion (2.7 billion euros) per year in defence aid.

Many Israelis see support from Jewish communities in the United States and worldwide as essential.

"If we expect Jews abroad to support the state of Israel, we must also ensure their religious equality. Israel's national security is at stake."

But for Israel's ultra-Orthodox establishment, changes such as mixed prayer betray Jewish tradition.

"There was and shall remain one Western Wall to one people," Religious Affairs Minister David Azoulay of the ultra-Orthodox Shas party told army radio.

"I won't accept attempts to impose a different Jewish law or Torah."

The Minister of Awqaf announces Friday ....