El Said insists it is not a political film. 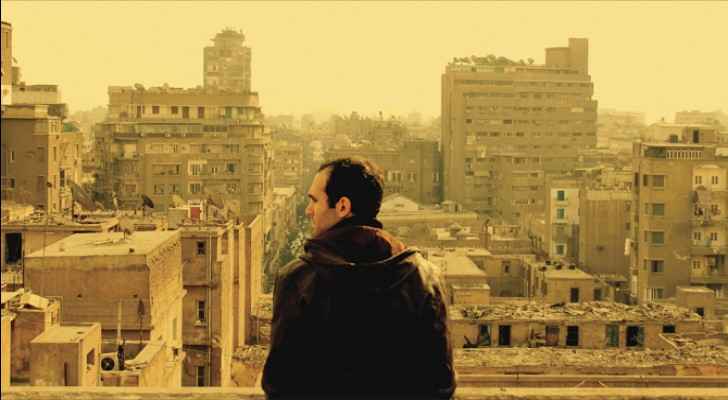 Everyone thought Tamer El Said had gone mad in the decade it took him to make his film "In the Last Days of the City".

"My friends would look at me with a mixture of pity and sarcasm when they asked how it was going," he told AFP. "And then after a while they stopped asking..."

El Said soldiered on even as the Egyptian revolution and counter-revolution seemed to have swept his years of agony and effort into irrelevance.

Now finally his award-winning movie about Cairo in the months before the 2011 Egyptian revolution is being released after being hailed as a remarkable portrait of a city on the brink.

In one prophetic scene shot on a roof overlooking Tahrir Square -- which would weeks later become the epicentre of the Arab Spring -- the main character Khalid and his Iraqi and Lebanese friends despair of the violence, failure and fatalism the Arab world had sunk into.

But as El Said sat down to edit the movie, the world outside his window had begun to turn upside down. The resigned, melancholic Cairo that he had caught, weighed down by the military regime's propaganda and police, rose up in revolt.

"During the 18 days (of protests that forced Mubarak from power) I didn't feel the urge to film," said El Said, who lives five minutes from Tahrir Square.

- Sticking to his guns -

"I wanted to be part of this moment. But under the influence of others, we filmed for half a day, and it felt wrong.

"For the two years we had been shooting on the streets it always felt right, but it didn't feel right to use such a big moment as a backdrop," the 44-year-old added.

"We couldn't use it before we understood it. And to understand it we needed time."

Potential Western backers offered money to finish the film but wanted him to include the revolution.

"But I refused, I would have been betraying myself and the film" which was "about something that was ending and the price you pay for being from a place like this," he added.

In an irony that was not lost on him, El Said's own fate as he struggled to get finance came to mirror that of his lead character Khalid, who spends the movie not finishing his own film about Cairo.

But like his lugubrious hero, played by Scottish-Egyptian actor Khalid Abdalla of "The Kite Runner" fame, El Said had deeper emotional reasons for digging in his heels.

"The idea for the film came to me after the death of my father, and around the same time I lost friends in the terrible fire at the Beni Suef theatre festival in 2005" in which 46 people were killed.

"It was horrible to imagine people burning inside a theatre and nobody being held accountable. It said everything about the last years of Mubarak's rule. It was clear we couldn't continue.

"For me cinema is a way of making things last forever," he said, tears welling in his eyes. "Yet I never filmed my father."

By the time he started filming, his mother was also dying, and he persuaded her to play Khalid's mother from her deathbed.

In a scene that subtly caught the rising religious mood in the city, she covers her head as her strength ebbs, while in the world outside stickers appear on lifts urging men not to look at women and tailor's dummies are covered up in shop windows.

The Muslim Brotherhood government led by Mohamed Morsi that came out of the revolution was later overthrown by street protests and a military coup in June 2013 that brought General Abdel Fattah al-Sisi to power.

That "In the Last Days of the City" has yet to be seen in Egypt despite winning a string of international prizes, including at the Berlin film festival, speaks volumes about artistic freedom and free speech under al-Sisi.

El Said insists it is not a political film.

Yet it languishes in legal limbo in his homeland, not banned but unable after 10 months of petitioning to get even a permit for a poster.

"The fact the film has never been shown in Egypt is a great scar for me," said the director, one of the founders of Cairo's Cimatheque hub for artists and film-makers.

"People say the film itself is not a problem... after all we shot it all in Mubarak's time. There is just no place at the moment for an alternative voice."