Two busses were involved in an accident on Monday. 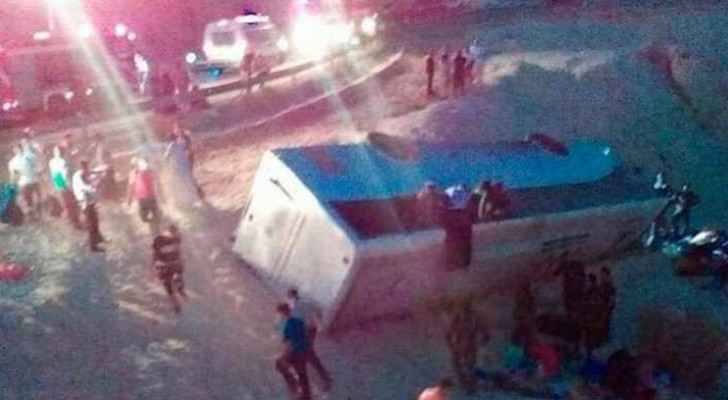 Many families put their Eid Al-Fitr celebrations on hold after fifty Jordanian pilgrims, who were returning home from performing Umrah in Saudi Arabia, were involved in a fatal road accident on Monday morning.

The coach carrying the worshippers overturned on the road between Tafilah and Karak in Jordan, killing six people and injuring 38 others.

Meanwhile, another bus, also carrying returning pilgrims, was involved in an accident in Karak, which left three people injured.

The pilgrims involved in both accidents were transferred to nearby hospitals.

A security source from the Central Traffic Department told Jordanian radio station “Amen FM’s” hosts this morning that the accidents were caused by “human error,” citing the drivers’ inability to correctly maneuver their vehicles on some of those roads’ sharp and tricky turnings.

Her Majesty Queen Rania expressed her sympathy towards the pilgrims involved in today’s accidents, tweeting:

“May all the pilgrims we lost in the unfortunate road accidents this morning, upon their return home from visiting Kaaba, rest in peace. May God grant their families patience and solace.”