A view of Doha, Qatar. (Wikimedia) 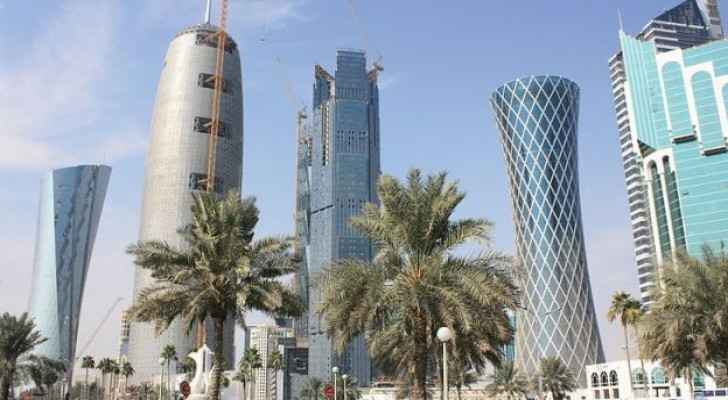 Qatar on Saturday confirmed it had received a 13-point list of demands from Saudi-led allies in a major escalation of the ongoing diplomatic crisis in the Gulf.

The list -- which apparently includes a call for Qatar to close down broadcaster Al-Jazeera -- are the demands that Saudi Arabia, Bahrain, the United Arab Emirates and Egypt want met to end a diplomatic and trade "blockade" of Qatar, lasting almost three weeks.

Doha has been told that it faces "divorce" from its Gulf neighbours unless it takes their demands seriously.

As the crisis deepened and the United Nations offered to help resolve the regional diplomatic row, Qatar said it had received the list of demands from its neighbouring countries.

"Qatar announced its receipt of a paper, on June 22, containing demands from the seige countries and Egypt," read a statement from the Ministry of Foreign Affairs, published in the early hours of Saturday morning local time.

"The State of Qatar is currently studying this paper, the demands contained therein and the foundations on which they were based, in order to prepare an appropriate response."

As well as the closure of Al-Jazeera, a long-standing source of conflict between Doha and neighbouring countries which accuse it of fomenting regional strife, the wide-reaching list makes other demands on Qatar.

These include calls for Doha to cut any ties to groups including the Muslim Brotherhood, the Islamic State organisation, Al-Qaeda and Lebanon's Iran-backed Hezbollah movement.

Qatar has also been asked to hand over opposition figures wanted by its three neighbours and Egypt, downgrade diplomatic ties with Iran and shut a Turkish military base in the emirate.

Al-Jazeera has denounced the move as an attack on media freedom.

However, Anwar Gargash, the UAE's state minister for foreign affairs, who is due to hold a press conference on Saturday, said Qatar should cede to the demands.

"It would be wiser that (Qatar) deal seriously with the demands and concerns of the neighbours or a divorce will take place," he wrote on Twitter.

The demands confirm that "the crisis is profound," Gargash added.

The list of demands was given to Qatar by Kuwait, which is acting as a mediator in the dispute, the worst diplomatic crisis to hit the region in years.

A statement from Kuwait's state-run KUNA agency said Emir Sheikh Sabah al-Ahmad Al-Sabah had also held calls with the leaders of Qatar, Saudi Arabia and the UAE on Friday as the diplomatic push continued.

Qatar is the world's leading exporter of liquefied natural gas (LNG) and hosts the biggest American airbase in the Middle East.

Al-Jazeera, one of the largest news organisations in the world, said that it "deplores" calls for it to be taken off air.

"We in the network believe that any call for closing down Al-Jazeera is nothing but an attempt to silence the freedom of expression in the region and to suppress people's right to information," the broadcaster said in a statement.

Al-Jazeera English's managing director, Giles Trendle, said it was like "Germany demanding Britain to close down the BBC", in a video posted on social media.

Qatar is a member of the Gulf Cooperation Council with Bahrain, Kuwait, Oman, Saudi Arabia and the UAE.

On June 5, Saudi Arabia and the UAE led a severing of all links with Qatar for allegedly supporting groups, including some backed by Iran, "that aim to destabilise the region".

Other allies, including Egypt and Bahrain, followed.

A statement from Qatar's government communication's office early on Saturday, said the existence of the list "confirmed" Qatar's fears the dispite was about limiting its sovereignty and "outsourcing our foreign policy".

As well as cutting diplomatic ties, Qatar's neighbours closed their air space to Qatari carriers and blocked the emirate's only land border, vital for its food imports.

In Qatar, the hashtag "the list is rejected" trended in Arabic on social media.

Gargash though said: "The brother (Qatar) must realise that the solution for its crisis lies not in Tehran or Beirut or Ankara or Western capitals or in media outlets, but in regaining the trust of its neighbours," he said.

US Secretary of State Rex Tillerson said on Wednesday that Washington had been pushing for a clear list of grievances that are "reasonable and actionable".

"Our role has been to encourage the parties to get their issues on the table, clearly articulated, so that those issues can be addressed and some resolution process can get underway to bring this to a conclusion," he said.

His spokeswoman Heather Nauert said Tuesday the United States was "mystified" that Saudi Arabia and its Gulf allies had failed to present details justifying their embargo on Qatar.

US President Donald Trump, however, has made statements siding with Saudi Arabia in the crisis.