At the Al Sab’een Hospital in Sana'a, Yemen, a doctor checks on a girl suffering from cholera. (UNICEF) 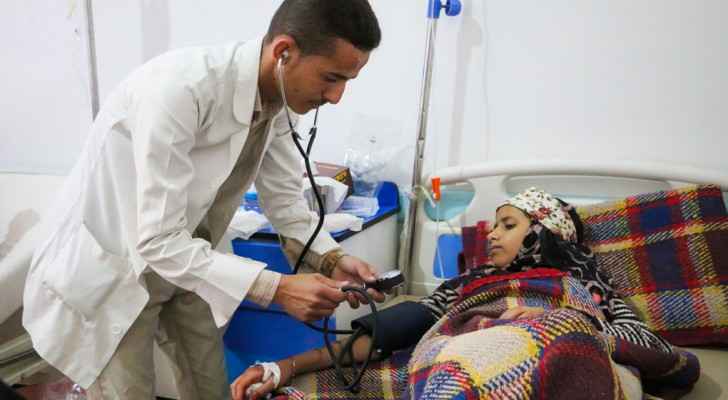 A cholera outbreak raging in war-ravaged Yemen could infect more than 300,000 people by the end of August, up from nearly 193,000 cases today, the United Nations said Friday.

"Probably at the end of August we will reach 300,000" cases, UN children's agency spokeswoman Meritxell Relano told reporters in Geneva in a conference call.

Since the outbreak was declared in April, 1,265 people have died, she said.