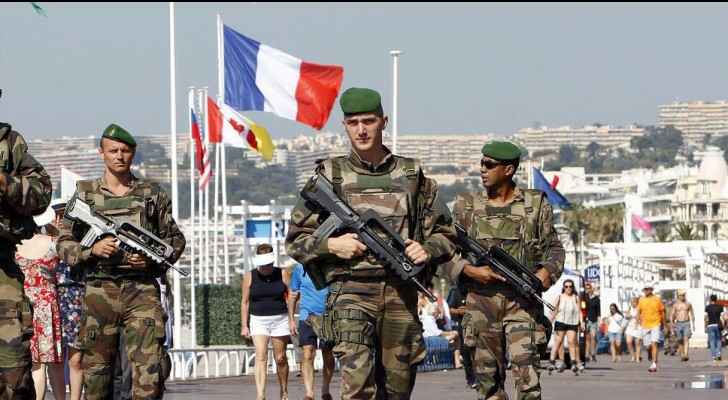 The proposals presented to the first meeting of the reshuffled cabinet are designed to allow the lifting of the state of emergency that has been in place in France since the November 2015 attacks.

The government has extended the state of emergency five times since it was introduced by the then Socialist government in response to coordinated shootings and suicide bombings in Paris that killed 130 people in November 2015.

The current provision expires in mid-July when it is expected to be extended again until November 1 while the new law is prepared.

The legislation has received the go-ahead from France's top administrative court despite concerns from rights groups including Amnesty International and Human Rights Watch that it will enshrine into law draconian powers allowed under the state of emergency.

Amnesty complained last month, for example, that French authorities were abusing anti-terrorism measures by using them to curb legitimate protests.

France has been consistently targeted by jihadists since 2015.

The ever-present threat was underlined on Monday when a man rammed a car laden with guns and gas bottles into a police van on Paris' Champs-Elysees avenue.

The driver of the car, 31-year-old suspected Islamist Adam Djaziri, died in the attack but no-one else was injured.

The new law would give local authorities greater powers to act to protect an event or location thought to be at risk from attack, without first seeking permission from the courts.

Local authorities could, for example, decide to put in place a security cordon and carry out bag checks and searches using private guards without seeking approval beforehand.

The draft law would also allow places of worship thought to be promoting extremism to be shut down for up to six months.

"We want to guarantee security and we want to do so while respecting the law and the constitution... and we cannot stop living our lives," he told TF1 on Wednesday.

French authorities have launched a review of gun ownership after it emerged that the driver of the car on the Champs-Elysees had been legally allowed to possess firearms despite being on an extremist watchlist since 2015.

Interior Minister Gerard Collomb, who retained his job in Wednesday's reshuffle, said the attack was a timely response to those questioning the necessity of the new law.

"You can see that the state of France today necessitates it," Collomb said, speaking on Monday.

"If we want to effectively ensure the security of our citizens, we must be able to take a certain number of measures," he added.

Since the large-scale Paris attacks in November 2015 and last year's Nice truck attack, which were both claimed by the Islamic State group, attacks have mainly been smaller and aimed at the security forces.

A known extremist shot dead a policeman on the Champs-Elysees in April, just days before the first round of the presidential election.

Macron on Wednesday named a new centrist cabinet after his party won a commanding majority in parliamentary elections.

In a cabinet that continues to bridge the left-right divide, he appointed little-known railway executive Florence Parly as defence minister and constitutional lawyer Nicole Belloubet was made justice minister.

After chairing the cabinet meeting, Macron headed to his first European Union summit.

The 39-year-old president said in an interview Wednesday that Europe was capable of transforming the world with France as a driving force.