The terror's group's leader Abu Bakr al-Baghdadi made his only public appearance on the balcony of the al-Nuri mosque in Mosul that year. 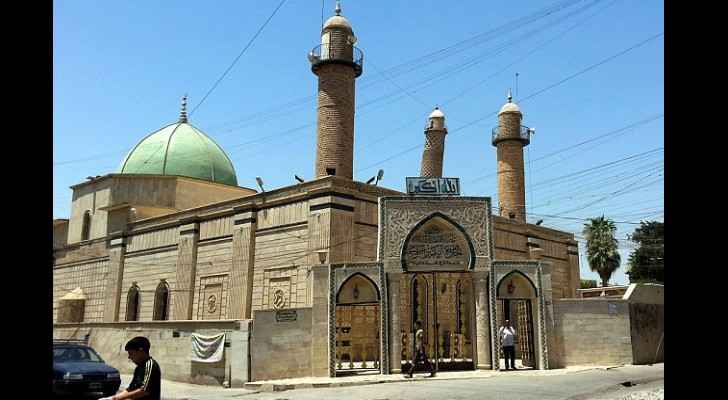 Jihadists on Wednesday blew up Mosul's iconic leaning minaret and the adjacent mosque where their leader Abu Bakr al-Baghdadi declared a "caliphate" in his only public appearance in 2014, an Iraqi commander said.

The Islamic State group swiftly issued a statement via its Amaq propaganda agency blaming a US strike.

"Our forces were advancing toward their targets deep in the Old City and when they got to within 50 metres (yards) of the Nuri mosque, Daesh (IS) committed another historical crime by blowing up the Nuri mosque and the Hadba" mosque, Staff Lieutenant General Abdulamir Yarallah, the overall commander of the Mosul offensive, said in a statement.

The destruction of two of Mosul's best-known landmarks comes on the fourth day of an Iraqi offensive backed by the US-led coalition on the Old City, where holdout jihadists are making a bloody last stand.

It adds to a long list of Iraqi heritage sites and monuments the jihadist organisation has destroyed in Iraq and Syria since Baghdadi created his "caliphate" straddling both countries, almost exactly three years ago.